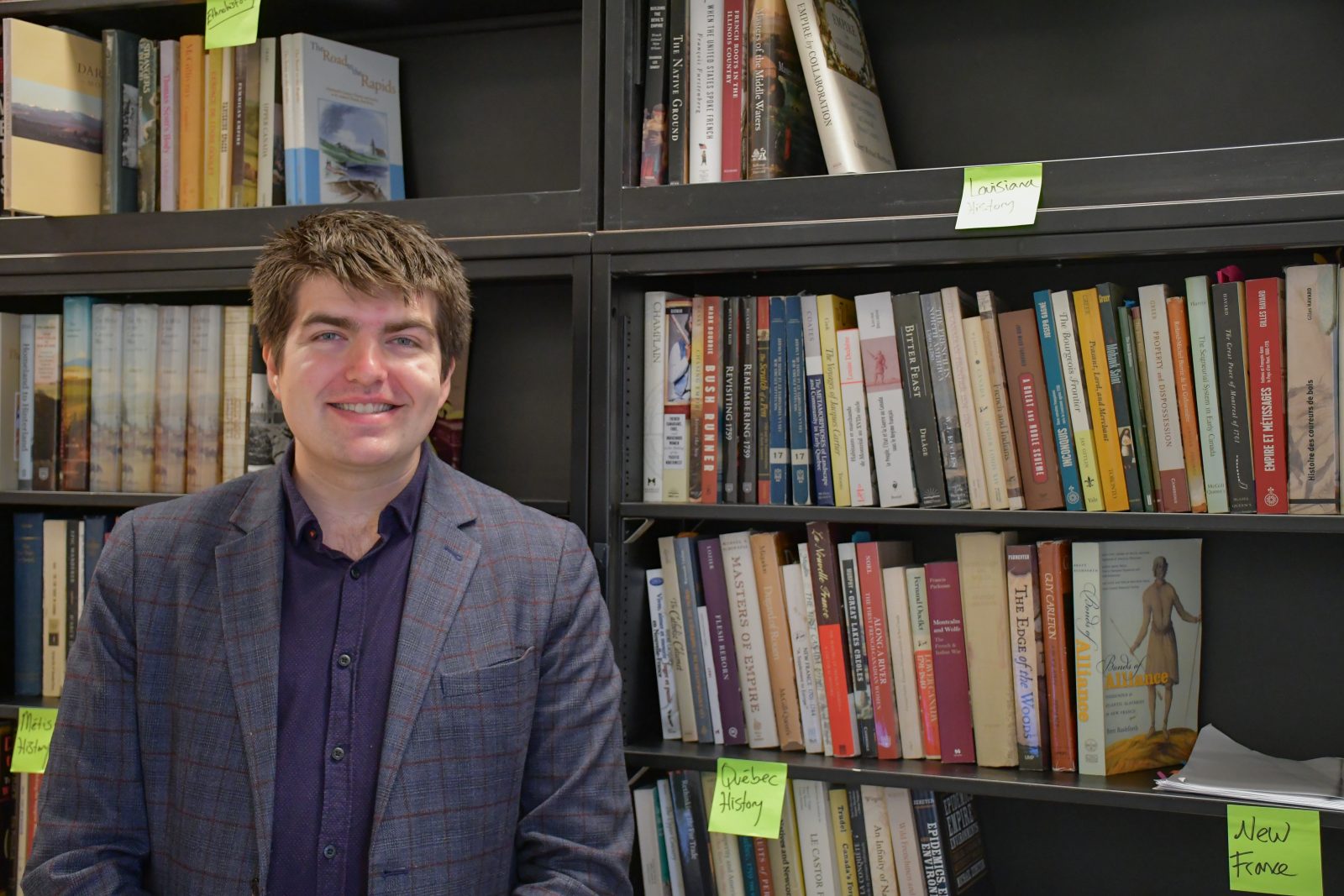 I am an Assistant Professor in the Department of History at Queen’s University. I research the history of Indigenous peoples, the Métis, the Fur Trade, and French-Indigenous relations in North America. My Social Sciences and Humanities Research Council (SSHRC)-funded dissertation is titled “Between Sovereignty and Statecraft: New France and the Contest for the Hudson Bay Watershed, 1663-1774,” and examines how French-Canadian voyageurs and coureurs de bois were instrumental cultural brokers between Indigenous peoples and the French colonial government in the Hudson Bay Watershed. This project will eventually be published as a monograph with McGill-Queen’s University Press. In 2016, I published an article titled “‘Frères et Enfants du même Père’: The French Illusion of Empire West of the Great Lakes, 1731-1743” in the history journal Early American Studies.

I also have a forthcoming article titled “New France and the Hudson Bay Watershed: Transatlantic Networks, Backcountry Specialists, and French Imperial Projects in post-Utrecht North America, 1713-1729” to be published in the Canadian Historical Review (CHR). I am a member of the Manitoba Métis Federation, the federally recognized self-government of the Métis people of Manitoba.