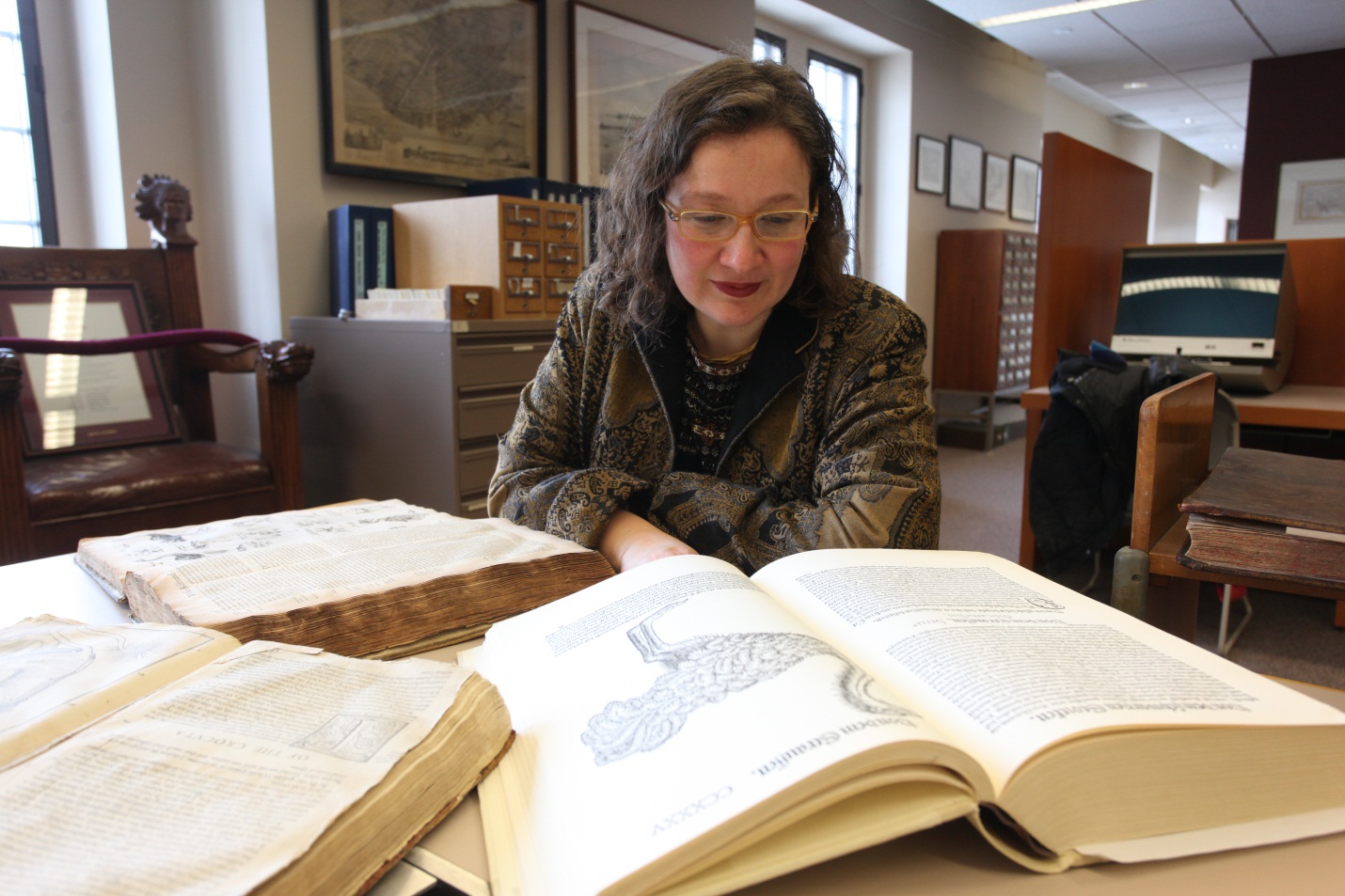 I am an Associate Professor of Art History and Art Conservation at Queen’s University. I specialize in Italian Renaissance painting, drawing, prints, sculpture, and architecture. I am particularly interested in the complex relationships between Renaissance literature and visual art. My first book, The Poetics of Titian’s Religious Paintings, explores Titian’s relationships with writers, and how the painter and his literary friends negotiated the shifting boundaries of decorum during an age of religious and social change. I have also published an award-winning article on Michelangelo, as well articles on art as evidence, debased imagery, artistic speed, literary descriptions of paintings, and gigantic sculptures in villa gardens. My most recent book, Raphael’s Ostrich, examines the strange allegorical imagery of the sixteenth century, focusing on an improbable proliferation of images of ostriches. The book ranges from ancient Egypt to the end of the sixteenth century, exploring how by creating a naturalistic animal that evoked hidden knowledge — a modern hieroglyph — Raphael exposed the tensions around the issue of how the natural world is imbued with meaning, a question that came to a crisis with the rise of the foundations of both modern art history and natural history. I have also edited a collection of essays on drawing in the Renaissance, in honor of my late colleague, Prof. David McTavish. I was a fellow at Harvard University’s Center for Italian Renaissance Studies in Florence, Villa I Tatti, and have won numerous grants and fellowships from such agencies as the Social Sciences and Humanities Research Council of Canada and the Kress Foundation.  My current research focuses on polychrome sculpture in fifteenth-century Tuscany, colourful sculptures made of wood, plaster, stone, terracotta, metal, and other materials.  Examining such objects as crucifixes with hinges in the shoulders, reliefs of the Madonna with holes for adding jewelry, and reliquary busts, I explore the ways in which colored sculptures were treated as if they were living, speaking people.

Italian Renaissance painting, sculpture, prints, and architecture, with a particular interest in the relationships between art and literature, the games people played in interpreting and misinterpreting images, and the ways in which images were used as an integral part of the lives of poor and wealthy men and women.