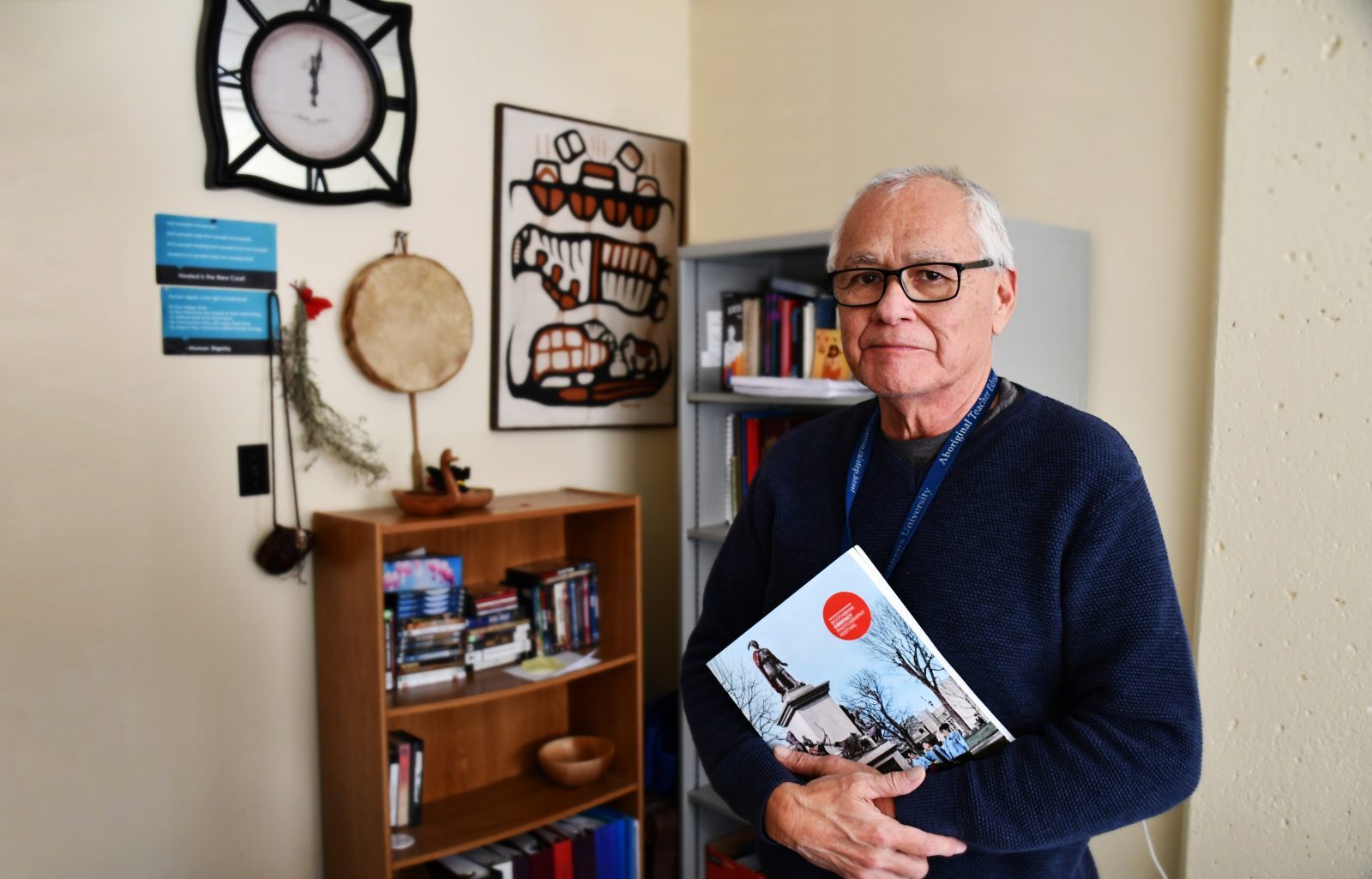 I am a member of Queen’s University faculty, with a joint appointment to the Department of Global Development Studies (DEVS), and the Department of Languages, Literature and Cultures (LLCU). In 2016, I was awarded the title of Queen’s National Scholar in Indigenous Knowledge Recovery in the Faculty of Arts and Sciences. I earned my MSc and PhD at Cornell University, and my BA at McMaster. Before coming to Queen’s, I taught at Mohawk College, Niagara College, Cornell University, Wilfrid Laurier University, McGill, and the University of Waterloo. I am a Mohawk from the Turtle Clan family of Satekariwate, and an 8th generation descendent of Mohawk leader Joseph Brant.

I was a Senior Communication Specialist for the Indigenous and Northern Affairs Canada (formerly Department of Indian Affairs) Headquarters and Ontario Region, Health Canada, the Canadian Government Expositions Centre (CGEC), the Royal Commission on Aboriginal Peoples (RCAP) and the Truth and Reconciliation Commission (TRC). With over 25-years experience as a producer in children’s television, I worked as a writer, producer, and consultant in documentaries, drama, and long-form films in the Canadian media industry. I led teams that produced award-winning documentaries in Canada and the United States for PBS, TVOntario (TVO), Canadian Broadcasting Corporation (CBC), and served as Head of Studio One of the National Film Board of Canada (NFB).  As part of the writing and producing team for “Where the Spirit Lives”, this Gemini Award winning drama was on the frontier of the Indian Residential Schools apology era. My work appeared on the CBC, Radio Canada, and CKRZ 100.3 FM, and in the Montreal Gazette, Globe and Mail, the Toronto Star, Southam News, and TVO.

The new frontier of Indigenous studies is framed by my teaching, research, and writing called Indigenous Human Ecology. My research and teaching interests include Indigenous Knowledge recovery, organizational learning, governance, and academic writing. Recovering Indigenous Knowledge practices includes enacting the social foundations of governance, sustainable life-systems, and Indigenous languages—described by me as indigenography, indigenocracy, indigenopathy, indigenometry, and indigenology. I teach courses in the Indigenous Human Ecology frame. My current creative projects include developing Open Textbooks, IT learning systems, and videographic research collection. Also, my screenplay “True North Strong and Free” is a long-form drama adaptation of Robert W. Service poems “The Shooting of Dan McGrew” and “The Cremation of Sam Mcgee”.

My work in community-engagement includes such diverse areas as community theatre, and work with troubled Indigenous people through the creation of healing environments as an alternatsive to incarceration. The arts and lifestyle change is central to these projects. As a professional in dispute and conflict resolution, my career includes work in the Grand River valley courts, Oka Standoff (Oka, QC), the Kanonstaten Reclamation Occupation (Caledonia, ON), the Red Hill Valley expressway occupation (Hamilton, ON), the Eagles Nest standoff (Brantford, ON),  the Tutelo Heights forestry dispute (Brantford, ON), as well as grassroots community organizing at the Six Nations of the Grand River, which is my home territory.