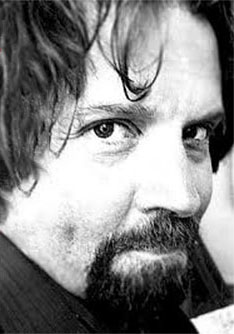 My most recent research addresses global Arctic moving images cultures; film manifestos; process and handmade films; national and transnational identity in global cinemas; re-imagining Hollywood cinemas; and Situationist practice and moving image activism. My published books and articles reflect these interests. I recently co-edited, with Anna Westerståhl Stenport, Films on Ice: Cinemas of the Arctic (Edinburgh University Press, 2015), which is the first book to address the vast diversity of Northern circumpolar cinemas from a transnational perspective. With chapters on polar explorer films, silent cinema, documentaries, ethnographic and indigenous film, gender and ecology, as well as Hollywood and the USSR’s uses and abuses of the Arctic, this book provides a groundbreaking account of Arctic cinemas from 1898 to the present.

I also recently published Film Manifestos and Global Cinema Cultures (University of California Press in 2014), which is the first historical and theoretical study of film manifestos and their influence on film production, distribution and circulation from the cinema’s emergence to the present. The book brings together approximately 175 key manifestoes of the last 110 years, alongside many little-known manifestoes that have nevertheless served to challenge and re-imagine cinema aesthetics, politics, distribution, production and exhibition. To this end, the book includes the major Europeans manifestos, Third Cinema political manifestos, those of the post-colonial nation-state independence movements and those of avant-garde filmmakers and writers. The book also includes thematic sections addressing documentary cinema, Hollywood, feminist and queer film cultures, film archives, aesthetics and digital cinemas and includes texts that have been traditionally left out of the canon of film manifestoes, such as the Motion Picture Production Code. Selected reviews can be found here and here.

With Brenda Longfellow and Thomas Waugh, I also recently co-edited The Perils of Pedagogy: The Works of John Greyson, an anthology on the film, video, digital and activist works of queer filmmaker and agent provocateur John Greyson. My chapter addresses, in part, Greyson’s use of digital media as a means of détournement.

Earlier works on transnational and European cinemas include an anthology I co-edited on Dogme ’95, with Mette Hjort, entitled Purity and Provocation (BFI, 2003), which considers Dogme in relation to national and transnational cinemas in light of globalisation. Cinema and Nation (Routledge, 2000), a central text in the field on cinema and national identity, co-edited with Mette Hjort, also addresses the way in which minor, ‘small’, national, alternative and oppositional cinemas can be understood through the emerging discourses of transnationalism, globalisation, multiculturalism and post-colonialism. My first monograph was entitled Screening Québec: Québécois Moving Images, National Identity and the Public Sphere (Manchester UP, 2004) which examines the role played by publicness and the public sphere in relation to contested notions of national identity in Québec cinema from its inception in the 1910s to the cinema of Denys Arcand and Robert Lepage.

I am also working on a book with Janine Marchessault entitled Process Cinema: Handmade Film in the Digital Age. Over the last twenty years, the significant resurgence of handmade film and the development of the concept of process cinema can be understood as a response in part to the rise of the digital, and the subsequent transformation of the analogue into an artist’s medium. The aim of Process Cinema: Handmade Film in the Digital Age is to trace out the neglected history of handmade and hand processed film in historical and contemporary contexts, and from a global, transnational perspective.