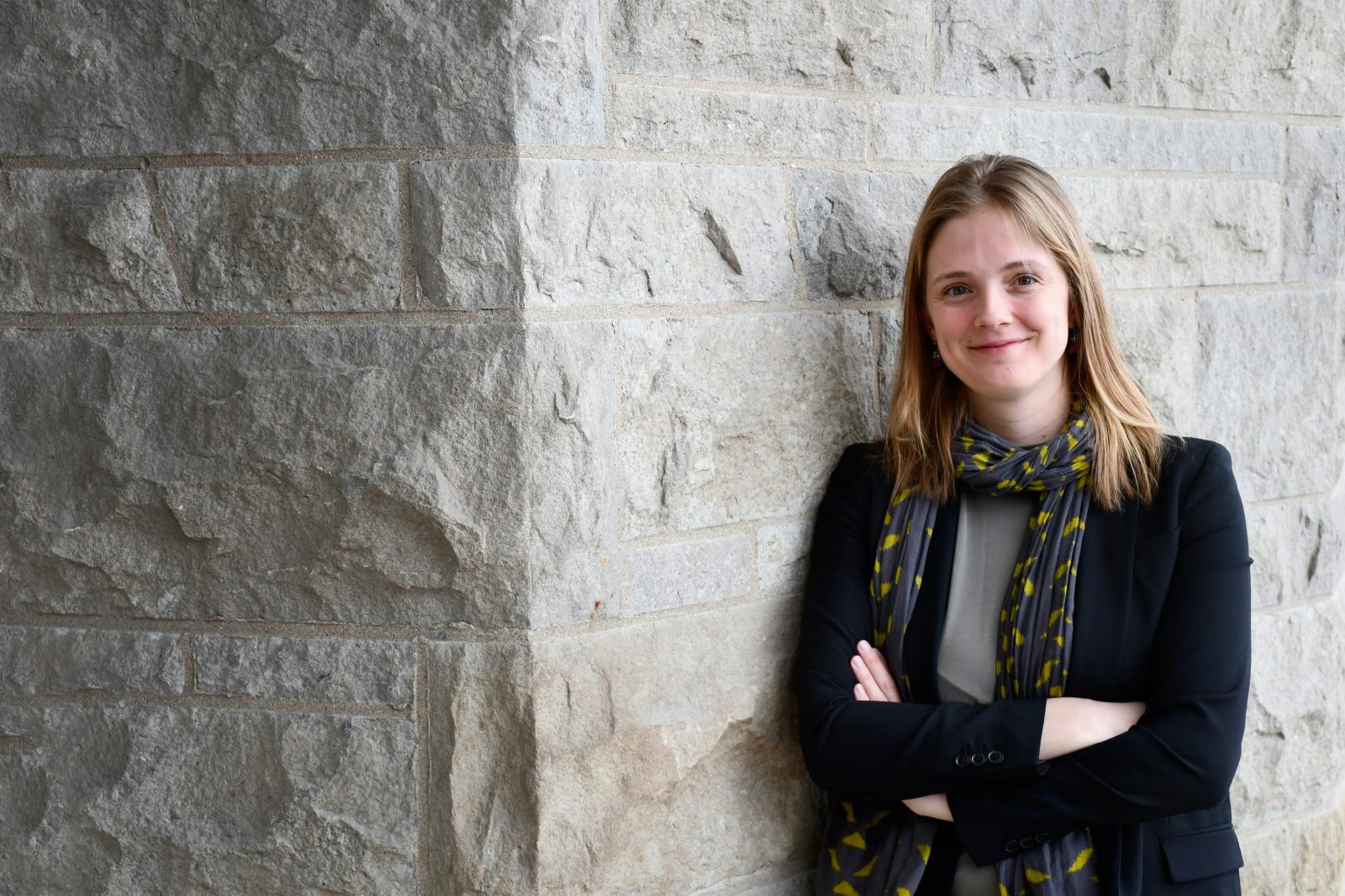 I am an Assistant Professor of Political Economy of Resource Extraction and Development, in the Department of Global Development Studies at Queen’s University. I earned my MA and PhD in Political Science from York University, and a BA in Political Science from the University of British Columbia. I am a settler researcher living and working on Anishinaabe and Haudenosaunee Land. Much of my research is in northern Canada, on Dene land, and in partnership with Dene, Métis and Inuit communities and organizations.

As a feminist political economist concerned with social justice, my research examines how land and resources are accessed, organized, and extracted from, and how people work, care and reproduce upon this land. My work maps the ways in which global capital draws upon gendered, racialized, and colonial power relations in processes of resource extraction, dispossession and exploitation. I am interested in highlighting local spaces of feminist, anti-racist and decolonizing resistance to the pressures of global capital.

My areas of interest and expertise include: resource extraction and community development, Indigenous/Canadian State relations, transnational feminisms, gender-based violence, social reproduction, northern development, and labour and employment standards. My research on gender, extraction and development is informed by a theoretical framework that brings feminist political economy (FPE) in conversation with Indigenous feminisms. Building from this framework, I have approached Indigenous women’s caring labours as a site of both colonial violence and decolonizing creation (Historical Materialism, 2016), and advocated for an approach to social reproduction in political economy that honours the inter-household and land-based relations that structure care work in northern Indigenous communities (Studies in Social Justice, 2016).

My current book project, Diamonds are Forever, is based on my doctoral work, which was awarded a Governor General’s Gold Medal, and the Mary McEwan Memorial Award for feminist research (York University, 2018). This book draws on documentary analysis, interviews, and talking circles to examine the often invisibilized labour performed by Indigenous women that reproduces the northern mixed economy (from cooking to community education to breastfeeding to elder care), looking at the ways in which this community labour has shifted as a result of the diamond mines. Building on emerging literature on the political economy of Fly-in/Fly-Out (FIFO) mining and my own work troubling narratives of “responsible extraction” in Canada (Antipode: A Radical Journal of Geography 2013), my research reveals the gendered implications of FIFO in Indigenous communities.

My new research, Post-Extractive Futures, follows up on extractive dynamics in northern Canada, asking what will happen when the Northwest Territories (NWT) diamond mines close. While macro-analyses reinforce the need for extraction at national and global scales, community-based political economic and ethnographic research can reveal real and emerging alternative resource development unfolding in communities impacted by extraction. I am working with community partners in the NWT (Tlicho Research and Training Institute and Hotıì ts’eeda) to pilot talking circles structured to reveal post-extractive development goals and strategies. These talking circles, guided by partnerships with the Tlicho Nation, the Yellowknives Dene First Nation and Ecology North, will provide a space for the generation and dissemination of Indigenous-led, community development strategies.

I am also a co-applicant on a Partnership Grant Closing the Employment Standards Enforcement Gap: Improving Protections for People in Precarious Jobs. Funded by the Social Sciences and Humanities Research Council (SSHRC), Closing the Gap, is a collaborative research initiative of 16 cross-sectoral partner organizations including researchers from seven Ontario universities. This five-year project seeks to inform effective employment standards enforcement in Ontario.