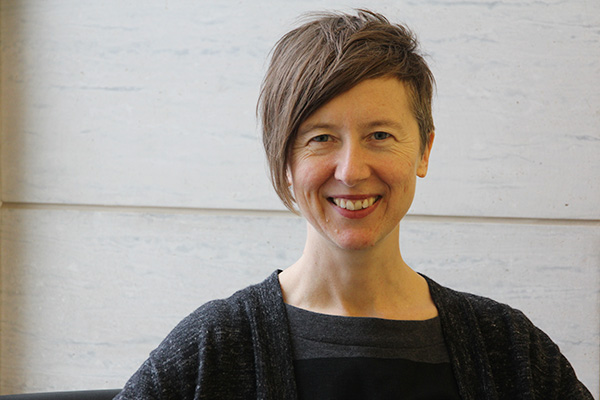 I am the Queen’s National Scholar in Political Philosophy and Critical Prison Studies, cross-appointed to the Department of Philosophy and the Graduate Program in Cultural Studies. My research lies at the intersection of phenomenology, political philosophy, and critical prison studies, with further specializations in feminism and philosophy of race.

After earning my PhD at the University of Toronto, I traveled to New Zealand, where I taught at the University of Auckland. After five years, I accepted an assistant professorship at Vanderbilt University in Nashville, Tennessee.  During this time, I began volunteering in prisons in Nashville and eventually set up and facilitated a discussion group for men on death row. Initially the focus of the discussion was on philosophy but broadened to collective inquiry on themes such as restorative justice, radical pedagogy, and friendship.

The Queen’s National Scholar program afforded me the opportunity to return to Canada in 2017, where I am able to bring all the experience I have gained working internationally back to my homeland. At Queen’s, I see an opportunity to build bridges and to strengthen the ties that are already established between the university, community groups, and community members who are affected by prisons. I also hope to help strengthen the network of scholars and activists working on these issues.

My authored works include Solitary Confinement: Social Death and its Afterlives (2013) and The Gift of the Other: Levinas and the Politics and Reproduction (2007), and I was the co-editor of Death and Other Penalties: Philosophy in a Time of Mass Incarceration (2015) with Geoffrey Adelsberg and Scott Zeman.  I am currently working on a book about incarceration, reproductive politics, and settler colonialism in Canada, Australia, and the United States.

My recent articles include “On Pain of Death: The ‘grotesque sovereignty’ of the US death penalty” in The Edinburgh Companion to the Critical Medical Humanities (2016), “A Critical Phenomenology of Solidarity and Resistance in the 2013 California Prison Hunger Strikes” in Body/Self/Other: The Phenomenology of Social Encounters (2017), and “‘We Charge Genocide’: Anti-Black Racism in the United States as Genocidal Structural Violence” in Logics of Genocide (forthcoming).  As a public philosopher, my work has appeared in The New York Times, The Chronicle of Higher Education, and CBC’s Ideas. A collection of my published works can be found here.