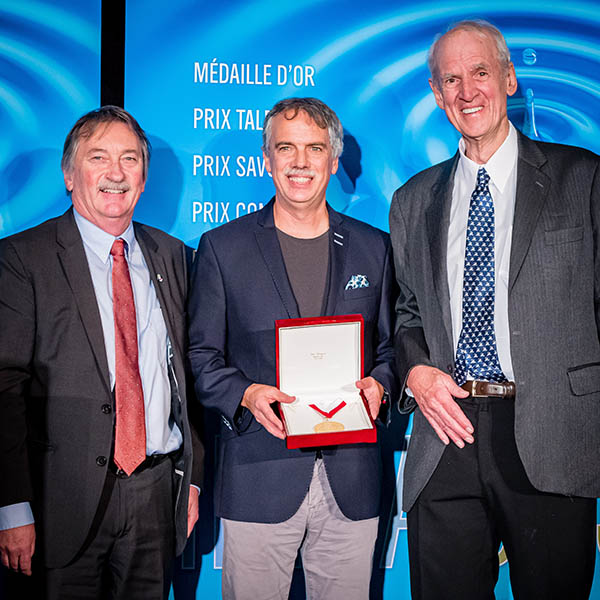 The award, one of the highest honours for the social sciences in Canada, is given to an individual whose sustained leadership and dedication have inspired students and colleagues alike. Dr Kymlicka was recognized for his groundbreaking work on the link between democracy and diversity which has advanced knowledge on models of citizenship and social justice within multicultural societies.

In October, when the award was first announced, Dr. Kymlicka, Canada Research Chair in Political Philosophy at Queen’s, sat down and spoke about the importance of this latest honour and about his ongoing research.

Q: In a nutshell, tell me about your research on multiculturalism and minority rights? How are we viewing these issues differently as a result of your work?

A: Like other Western democracies, Canada is a “liberal democracy,” which means that we put a strong focus on the rights of individual citizens. The Canadian constitution also recognizes some group rights, but these have often been seen as anomalous, and perhaps even dangerous to liberal values. My work has tried to understand how we can make room in liberal philosophy for the rights of groups, and in particular the rights of minorities because they are the ones that need certain kinds of protections.

When I started my work in the mid-1980s this topic was surprisingly neglected: there was barely any discussion in the literature about how a liberal democracy can recognize group rights. Today, there is a now a flourishing debate, in Canada and internationally, about what is sometimes called “liberal multiculturalism”.

I think this is a particularly important issue for Canada. Indeed, the very survival and success of Canada has depended on recognizing some group rights – for the Québécois, for Indigenous peoples, and for immigrant-origin ethnic groups. I have always thought of Canada as a kind of evolving experiment in how a liberal democracy can deal with issues of group rights, and I’ve tried to identify some of the important lessons we’ve learned over the years.

Q: In your career you’ve received more than 25 honours, fellowships and prizes. You’ve been called one of the world’s most influential philosophers. What does this award from SSHRC mean to you?

A:  It’s a special award, for several reasons. For one thing, it’s a Canadian award, and that means a lot to me. I’ve always wanted the work I do to be useful to my fellow Canadians, to help us better understand our collective experience and our future possibilities. I’d like to think that this award is a reflection of that.

Secondly, this award is interdisciplinary. This also matters a great deal to me. I want to do the kind of philosophy that is intelligible and useful to people in other disciplines as well, whether in political science, law, sociology or the humanities. I think philosophy has a lot to contribute to wider fields of research, but figuring out how to articulate philosophical ideas in a way that is both rigorous and accessible is a challenge. And here too I’d like to think the award is a sign that I’ve reached out beyond narrow disciplinary boundaries.

Q: Tell me about your early career. What started you on this path? What inspired you to look into these research areas?

A: Yes there was a very specific inspiration. I had planned to work on other issues in my graduate work at Oxford, but in 1985 I went to a talk given by Charles Taylor, the great Canadian philosopher (and, as it happens, the first winner of the SSHRC Gold Medal!). Taylor said that Canada’s existence depends on the recognition of group rights, but he also argued that there was no way to reconcile the recognition of group rights with the kind of liberal political philosophy that was dominant in the field. So he basically said we need to choose: do we endorse group rights or do we endorse liberal political philosophy? We can’t have both.

I thought that this was a powerful challenge, and I was taken aback that all the philosophers on the panel essentially agreed with him. Even the liberals on the panel agreed that there is no room for group rights in liberal theory. This didn’t make sense to me. After all, if we think about Canadian society over the past 50 years, it has become much more liberal, yet has also strengthened the protection of group rights, and in my naïve view, the recognition of group rights was part and parcel of this broader liberalization. So I didn’t see the inherent conflict or contradiction. So then and there, I changed my intended research topic, and took up the challenge of exploring how group rights fit into liberal theory.

Q: Your work has been translated into several languages and read around the world. What do you think your research legacy will be?

A: My work is part of a much broader debate about how we understand the liberal-democratic tradition. The liberalization and democratization of society has brought enormous benefits, I believe, but the liberal tradition of philosophy has often been narrowly individualistic. (Taylor calls it “atomistic”). I’m one of several people that are trying to develop a more “social” conception of liberalism, one that highlights how liberal values fit into complex and diverse social realities.

A: I typically give my graduate students two pieces of advice. The first is to work on issues you care passionately about. Academia can be draining and frustrating, and you need to have a real commitment to an issue in order to get up every day and do the work.

The other piece of advice, particularly for young political philosophers, is that we need to get outside of disciplinary silos. If our work is to be useful, we need to be in conversation with other disciplines. In my work, I’ve drawn extensively on law, political science, history and social psychology. When political philosophers just talk to each other, the conversations quickly become arcane and disconnected from the real-world issues that require philosophical analysis. So that requires intellectual curiosity and open-mindedness.

Q: You have recently moved into a new area of research, on animal rights. Can you say a bit about that?

A: For the past 10 years or so, together with my partner Sue Donaldson, I’ve been working on how to bring “the animal question” into political philosophy. The lives of animals are often minutely governed by humans, but political philosophers have rarely discussed how we distinguish legitimate from illegitimate forms of governing animals, or how we can include animals in our conceptions of democracy or representation or citizenship. Animals are part of the “diverse social realities” I mentioned earlier, but they are invisible in political philosophy. So Sue and I are working to encourage research on how we relate to and govern the lives of animals in our society, including establishing an animal politics research group here at Queen’s. I think this will be a central issue for the future of political philosophy, and indeed for the fate of the world as a whole.