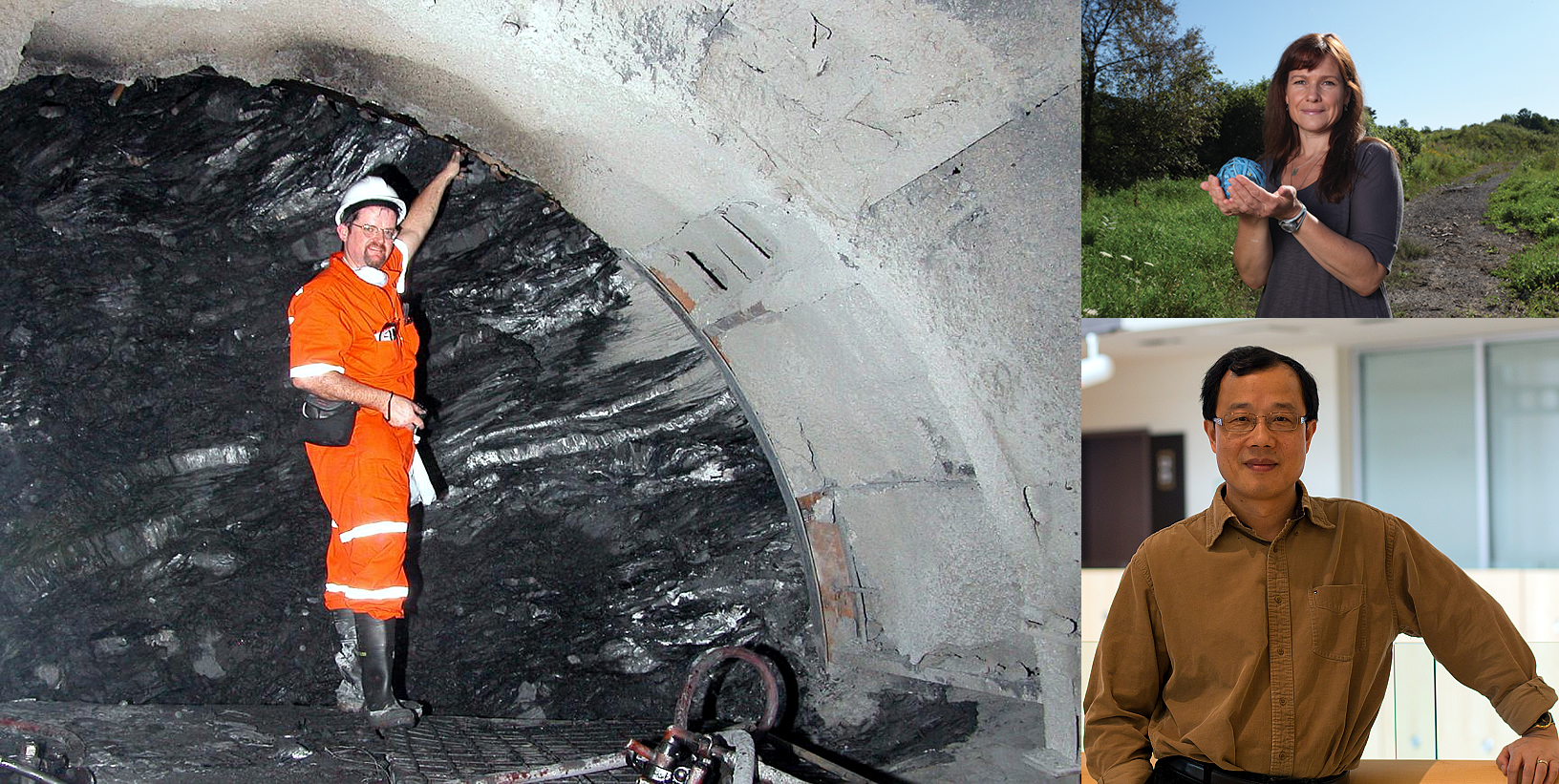 Five faculty members, three from the Faculty of Arts and Science, will be presented with the university’s Prize for Excellence in Research at this year’s fall convocation ceremonies. Nominated by their peers, the prize recognizes and rewards researchers, in any faculty, for major contributions to their field – either completed in recent years or recognized in recent years. The award also recognizes the impact of their study and celebrates research performed while the scholar has been at Queen’s.

Our three recipients are:

Dr. Mark Diederichs’ research focuses on the failure of rock, and on safe engineering design for excavations in challenging geological conditions at great depth. Continually advancing standards of practice in underground engineering, he has published 240 contributions, has given numerous invited keynote lectures and is sought after to instruct industry short courses. Numerous professional society and academic awards have recognized Dr. Diederichs’ research excellence, including his induction as a Fellow of the Engineering Institute of Canada in 2015. (Geological Sciences and Geological Engineering)

First attracted to Queen’s University as a Canada Research Chair in 2004, Dr. Liu’s pioneering work on polymer self-assembly has bloomed and inspired scientists around the world. Born and raised in China, he attended the University of Toronto for a master’s and PhD, where he started to develop a passion for polymer materials. This has inspired his whole career, as a post-doctoral fellow at the University of Toronto (1989) and then at McGill (1990), and the start of his independent work at the University of Calgary as an assistant professor in 1990. There, he rose up the ranks very quickly, becoming an associate professor in 1995 and a full professor only four years later. (Chemistry)

A Queen’s National Scholar and Fellow of the Royal Society of Canada, Dr. Hird is a distinguished interdisciplinary scholar with an international reputation for her multifaceted, collaborative investigations into science studies and environmental issues. Dr. Hird is Director of the genera Research Group, an interdisciplinary research network of collaborating natural, social, and humanities scholars, and Director of Waste Flow, an interdisciplinary research project focused on waste as a global scientific-technical and socio-ethical issue. She has published eight books and more than 60 articles and book chapters on a diversity of topics relating to science studies. (Environmental Studies)