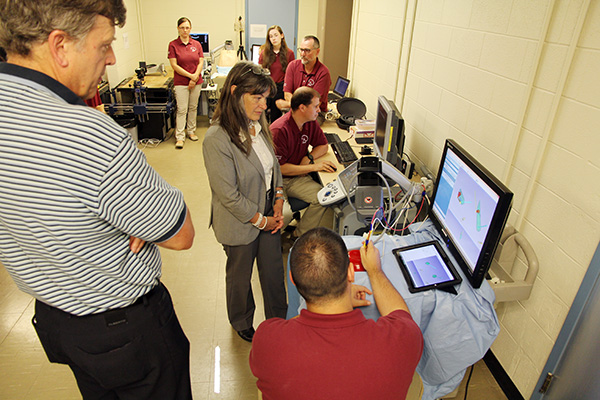 Queen’s University researchers have received more than $2.8 million in funding from the Ontario Research Fund. Kingston and the Islands MPP Sophie Kiwala made the announcement today at an event at Goodwin Hall.

“We are proud to invest in the groundbreaking, world-class research being conducted at Queen’s University,” says Ms. Kiwala. “Our researchers are pivotal to building a knowledge-driven economy in Ontario, one that will draw investment and strengthen our province’s competitive edge. The fact that we have 15 researchers in Kingston and the Islands receiving these competitive awards is something for which we can all be enormously proud.”

The Research Infrastructure Awards provide research institutions with funding to help support infrastructure needs, such as modern facilities and equipment. The awards were presented to researchers in a wide range of fields – with projects ranging from genetic sequencing of invasive species to improving computer-assisted surgery for patients with breast cancer.