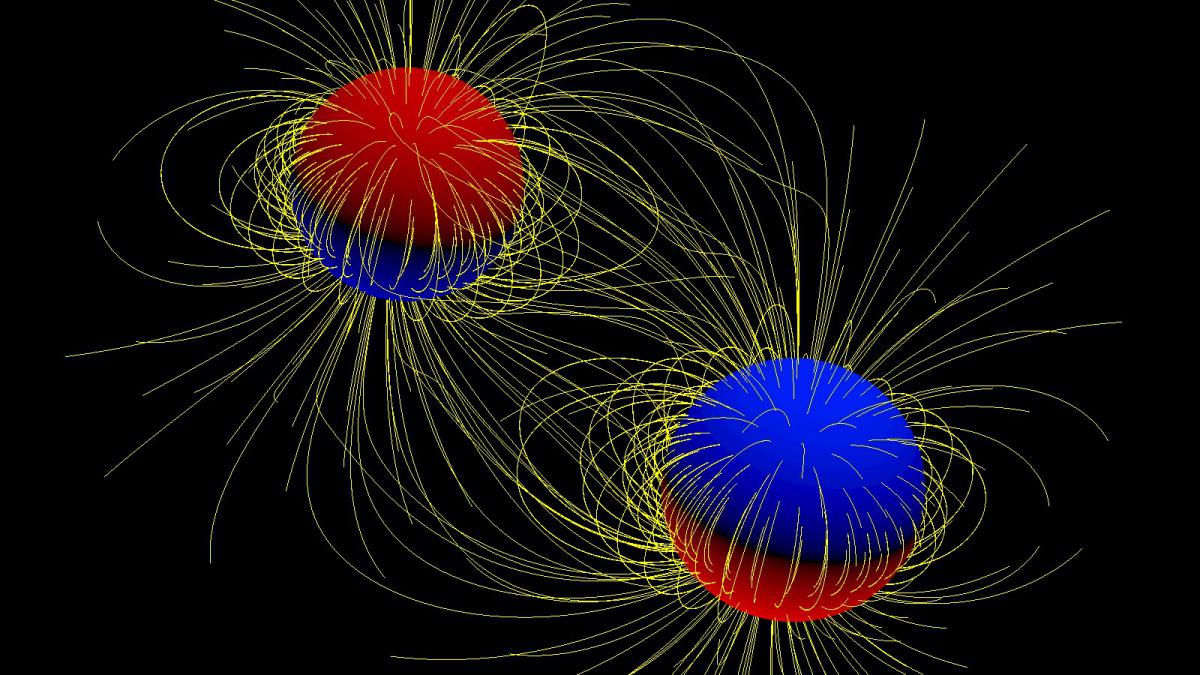 PhD candidate Matt Shultz has discovered the first massive binary star, epsilon Lupi, in which both stars have magnetic fields. A binary star is a star system consisting of two or more stars, orbiting around their common centre of mass.

For the past few years, the BinaMIcS (Binarity and Magnetic Interactions in various classes of Stars) collaboration, formed to study the magnetic properties of close binaries, has been trying to find such an object. They have now discovered one using the Canada-France-Hawaii Telescope.

“The origin of magnetism amongst massive stars is something of a mystery,” says Mr. Shultz (Physics, Engineering Physics and Astronomy), “and this discovery may help to shed some light on the question of why these stars have magnetic fields.”

Two explanations have been proposed for the origin of massive star magnetic fields, both variants on the idea of a so-called “fossil” magnetic field, which is generated at some point in the star’s past and then locked in to the star’s outer portion.

The research was published in the Monthly Notices of the Royal Astronomical Society.