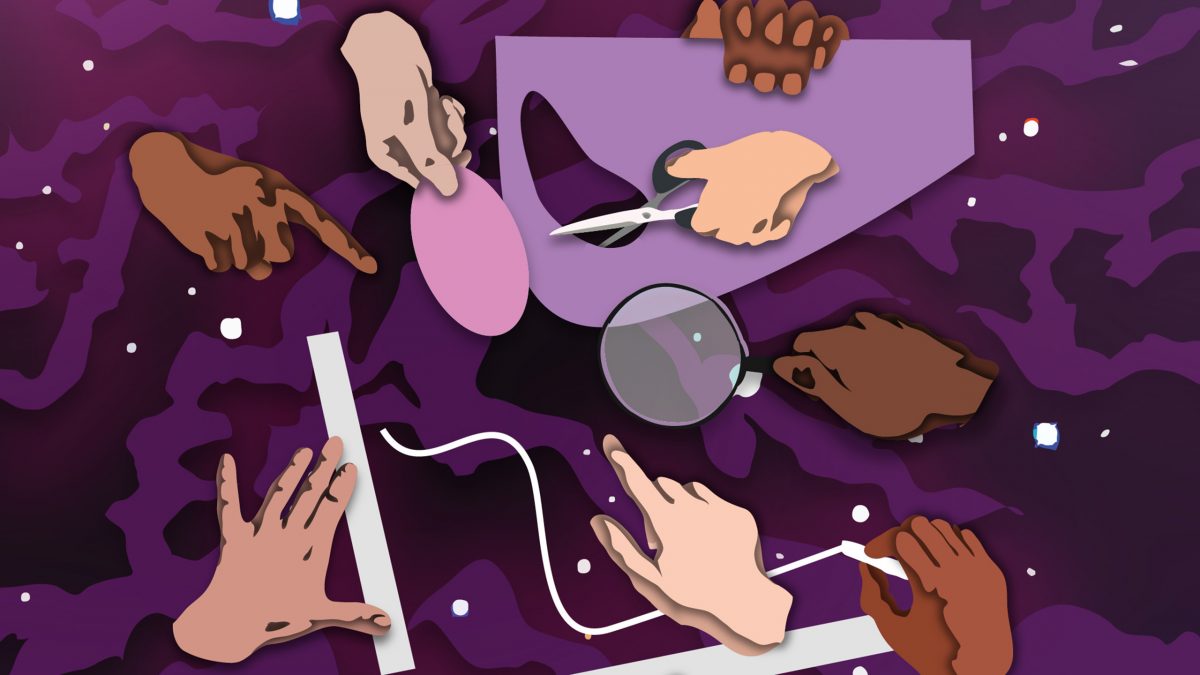 Three Queen’s astroparticle physicists are leaders in the international hunt for the missing mass of the universe.

Not all detectives wear trench coats and carry a notepad and magnifying glass to solve mysteries.

Gilles Gerbier is using a helium-filled copper sphere, containing a tiny ball at the centre attached to a rod, to search for an elusive signal from an enigmatic, invisible particle that might rule the universe.

Wolfgang Rau is using detectors made of germanium and silicon crystals, cooled close to absolute zero, to detect tiny increases in temperature that may indicate a rare, very weak interaction with this elusive particle, which has yet to be found.

Tony Noble is using the world’s most sophisticated bubble chamber, filled with a superheated, fluorocarbon fluid, to look for a bubble formation pattern that signifies fluorine interacting with this extraordinary particle – one that doesn’t shine like regular matter but is the most abundant form of matter in the universe.

These three Queen’s particle astrophysics researchers are detectives and leaders in the international hunt for dark matter, which makes up about 85 per cent of matter in the universe, although no one knows what dark matter particles look like or their physical properties. Gerbier, Rau and Noble are each directing or playing key roles in large collaborative teams of Canadian and international researchers conducting three competing, but complementary experiments that use different tools to seek, find and ultimately understand the nature of dark matter.