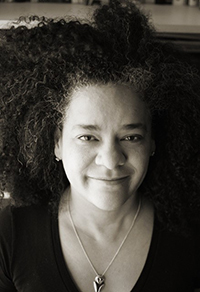 Queen’s University professor Katherine McKittrick has been inducted into the American Academy of Arts and Sciences as an International Honorary Member in social sciences. The award recognizes her research contributions, which are in areas of black studies, anti-colonial studies, cultural geographies, and gender studies.

Founded in 1780, during the American Revolution, by John Adams, John Hancock, and 60 other scholar-patriots, the prestigious award recognizes scholarly merit, leadership, and the advancement of social good.  The work of members focuses on arts and humanities, democracy and justice, education, global affairs and science.

“To be nominated and elected an International Honorary Member of the American Academy of Arts and Science was a beautiful surprise,” says Dr. McKittrick (Gender Studies). “It was truly unexpected; to learn I was being honoured alongside wonderfully smart colleagues such as Alondra Nelson, Maydianne Andrade, and E. Patrick Johnson, as well as former inductees Paul Gilroy, Toni Morrison, and Robin D.G. Kelley has me whirling a little. These scholars are brilliant and generous and to be in their company is an incredible feeling.”

Read more about the honour on the American Academy of Arts and Sciences website.