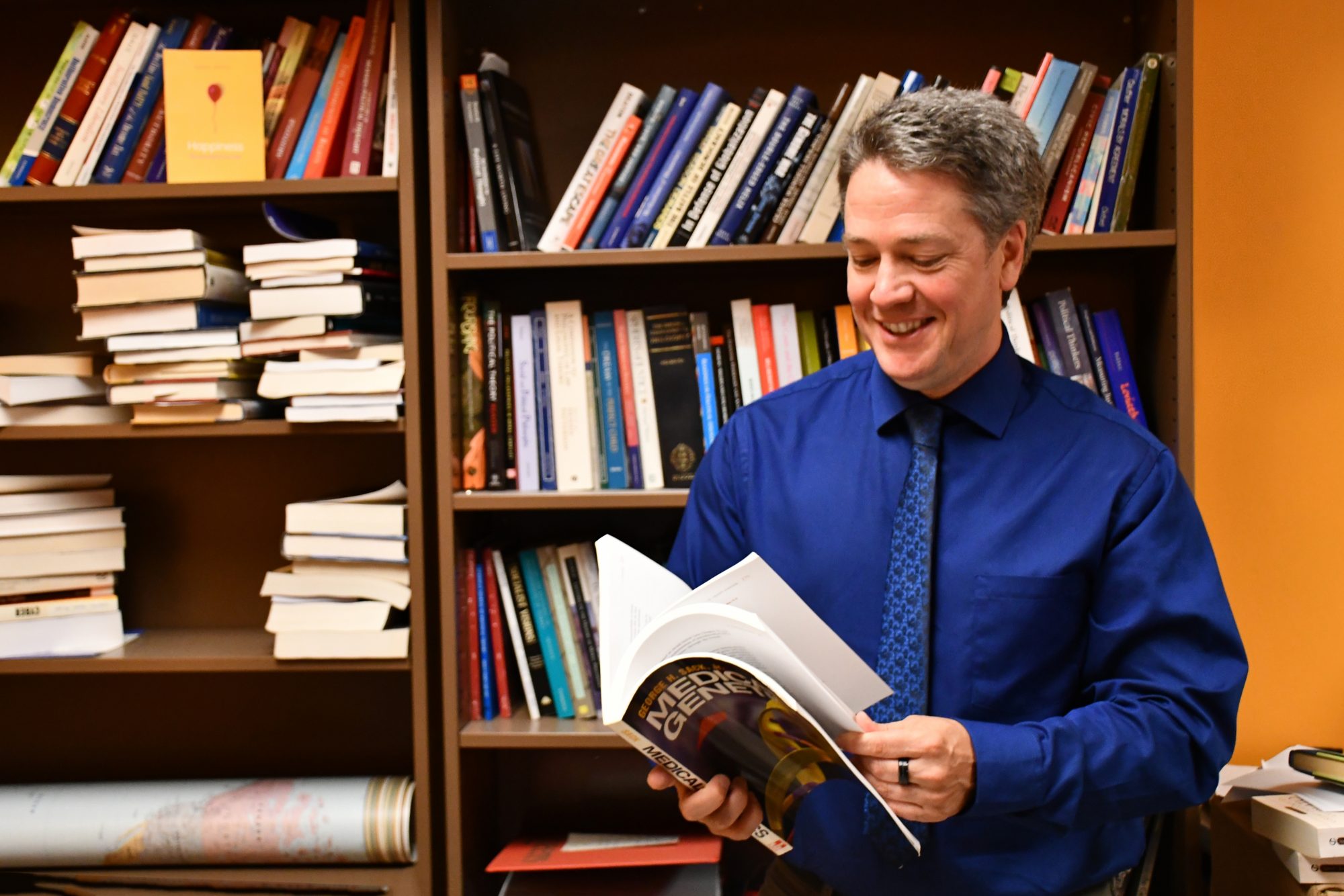 Political Studies Professor Colin Farrelly has been awarded the Fulbright Research Chair in Social Sciences at the University of Hawai’i at Manoa.  He will spend the Fall 2018 term in Hawaii researching and writing his research project titled “Justice in the Genomic Age.”

A philosopher and political theorist, Farrelly has published extensively on topics related to advances in the biomedical sciences. His book, titled Biologically Modified Justice, published with Cambridge University Press in 2016, integrated insights from evolutionary biology and geroscience with ethics and political philosophy, and his latest book, Genetic Ethics: An Introduction, will be published in September 2018 with Polity Books.

“My research examines the ethical and social implications of the genetic revolution, and I try my best to stay abreast of the science so the ethical debates are informed by both the potential risks and benefits of these fascinating advances” says Dr. Farrelly. During his time as the Fulbright Research Chair, Dr. Farrelly will interact with students and faculty based in Hawai’i, discussing and debating the ethics of altering the human lifespan, memory modification, and the prospect of altering human nature itself.  “The science of the 21st century is progressing so rapidly” he remarks, “it is imperative that we have informed debate and discussion on these ethical issues.”