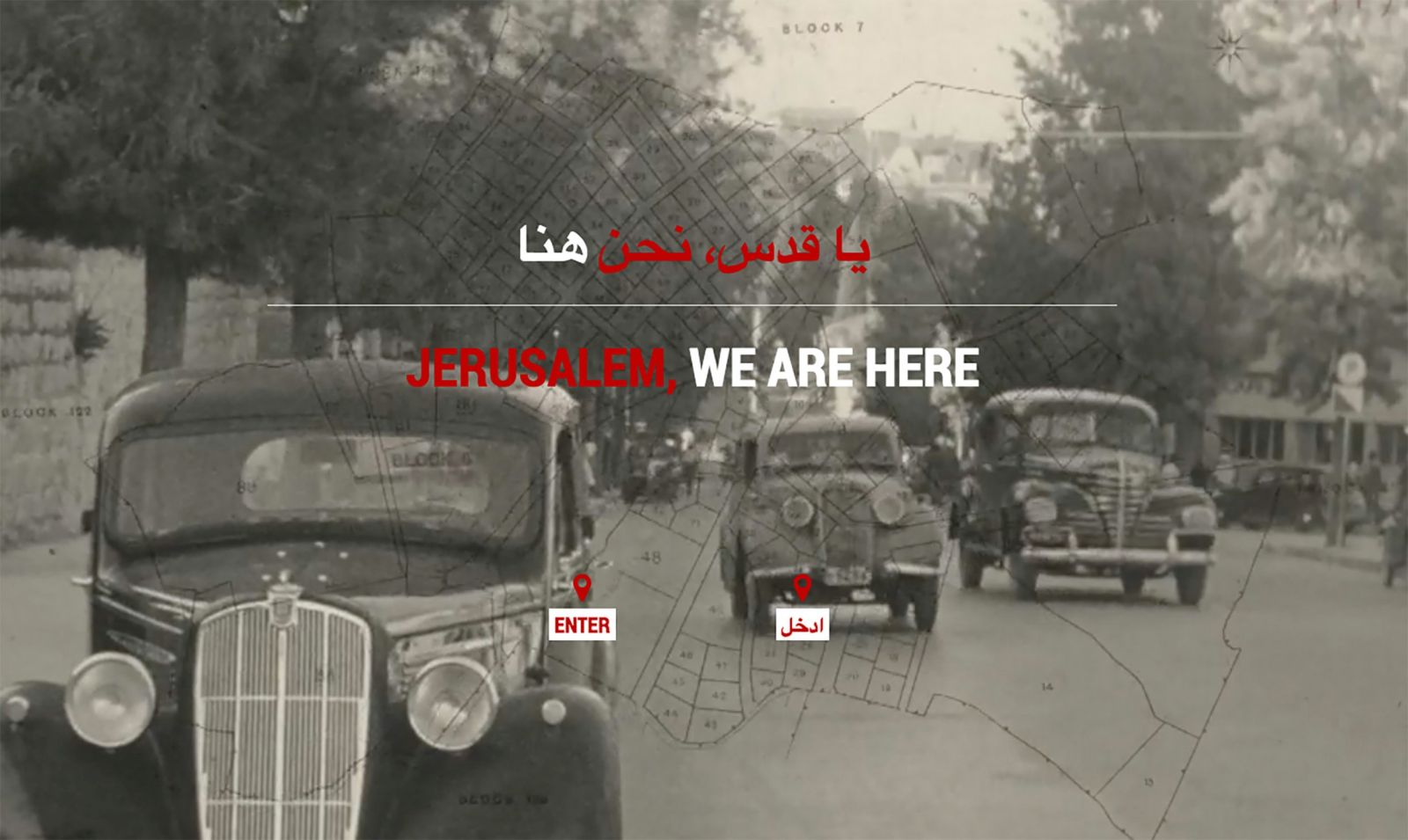 A new interactive documentary developed by Queen’s professor Dorit Naaman digitally brings the Palestinians and their descendants back to Katamon, retracing the rich Palestinian past of the neighbourhood before it was conquered by Israel during the 1948 war.

Jerusalem, We Are Here explores the streets of Katamon and visits some of the homes Palestinians were forced to flee. Dr. Naaman, an Israeli Canadian professor in Queen’s Film and Media, had the idea for the documentary during a stay in Katamon in 2008.

“I rented an apartment in an old Palestinian home, and I saw a few tours exploring the neighbourhood,” says Dr. Naaman. “I realized I didn’t know anything about the history of the house I was renting. I asked myself, ‘what if I was able to find the families that used to live in these homes before they were driven out?’”  Then she found a hand drawn map, created in 1951 from memory by Hala Sakakini, listing the owners and residents of the houses, and the project took off.

Dr. Naaman and her colleagues Anwar Ben Badis and Mona Halaby worked with former Katamon residents and their descendants to produce short films that are interlaced within a virtual walking tour of the neighbourhood. Some residents visited their old houses, others could not find them but lyrically imagined such visits, and yet others were coming to term with how radically changed the neighborhood is. She also included photos and documents the participants provided, and built an interactive map of the area, which will continue to grow as information is added by the public. There are also historical video clips of life before the war, which Palestinians refer to as The Nakba or “catastrophe.”

“In a way, I am acting as the eyes and ears of the people who used to live and work in the neighborhood,” says Dr. Naaman of the documentary. “This film exposes what happened to the expelled families, and gives them a voice. I didn’t want this to be just nostalgic, but to engage with the present, and gesture towards the future.”

The film made its debut at the Montreal Documentary Film Festival and will next be presented on March 3 as part of the Kingston Canadian Film Festival. The entire film is available online here.