Overlapping nature of politics, philosophy and law brings professors together at the University of Oxford 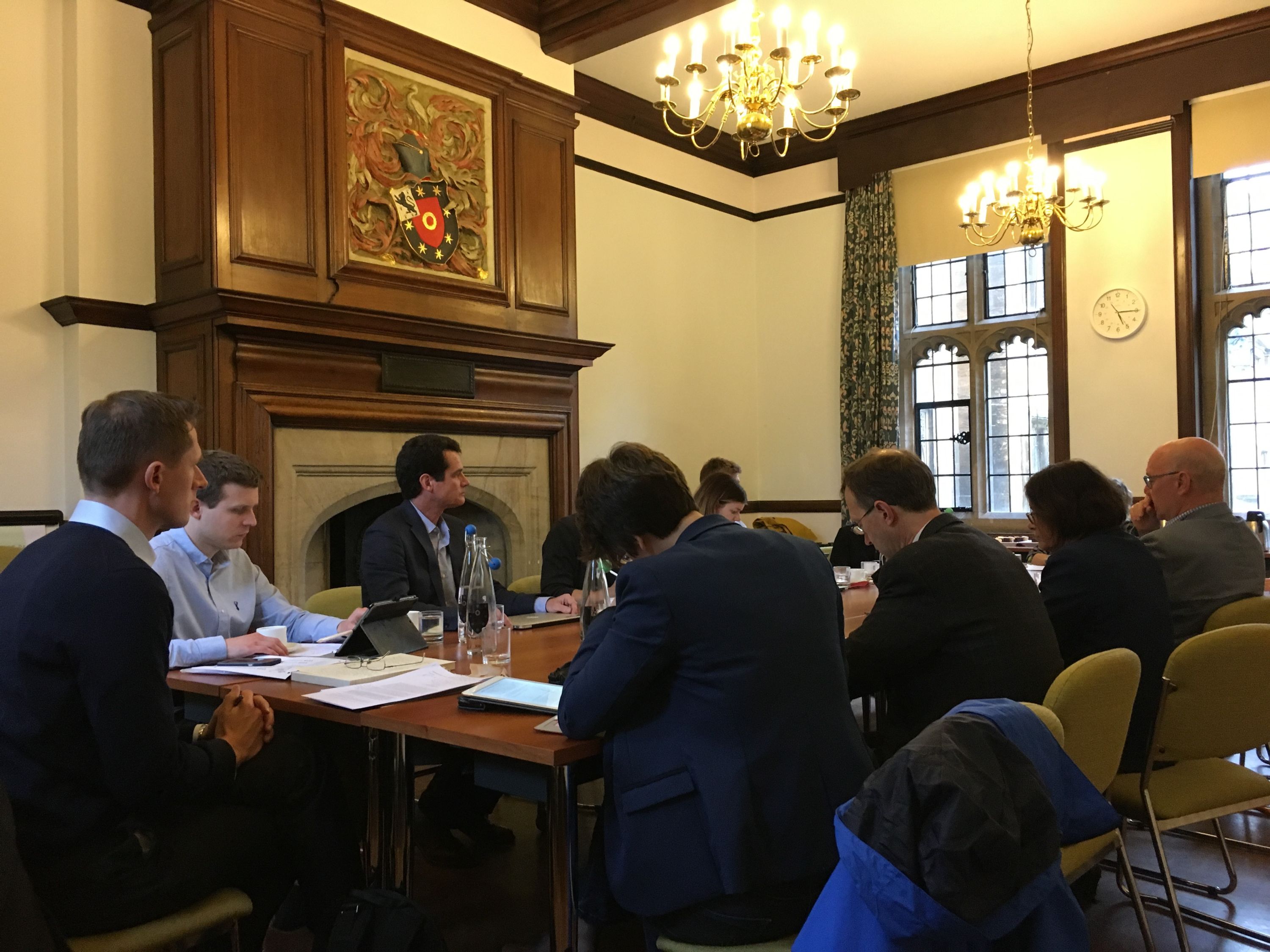 The Oxford-Queen’s workshop in Political Studies, Philosophy, and Law was held at St. John’s College in Oxford on June 10th. Speakers from both Queen’s University and the University of Oxford discussed a range of topics throughout the day from “Authentic Interpretation,” to “Law and the Socialist Ideal,” and “Justifying the Right of Return.” This was a first for this event, and was deliberately designed to have participants from Philosophy, Political Studies, and Law, while raising the profile of the Queen’s Political and Legal Thought program.

Also present was Dr. Mark Walters, a previous member of Queen’s Legal Theory group. Dr. Mark Walters was a faculty member at Queen’s Law for 17 years before leaving in 2016 to take the position of F.R. Scott Chair in Public and Constitutional Law at McGill University. He returns as Dean of Law on July 1 2019.

“As a testament to the overlapping nature of the three disciplines, the discussion over each paper was rich, with active participation from all,” says Gregoire Webber, Professor (Law) and Canada Research Chair in Public Law and Philosophy of Law.

“The Queen’s powerhouse in Law, Philosophy and Politics was in full force at the Oxford-Queen’s workshop with a full roster of outstanding papers from scholars at both universities and stimulating, engaged discussion,” says Christine Sypnowich, Professor and Department Head (Philosophy). “A diversity of topics that came together beautifully as the different themes were built on and challenged throughout the day’s sessions.  The workshop was enhanced by the lovely setting at St. John’s College, Oxford, thanks to the kind hospitality of Law Fellow Richard Ekins. Looking forward to next year’s deliberations!”

The Oxford-Queen’s workshop is made possible by the generous support of the Programme for the Foundations of Law and Constitutional Government, and the Canada Research Chair in Public Law and Philosophy of Law. The workshop was organized collaboratively by Ashwini Vasanthakumar and Gregoire Webber of Queen’s, and David Miller and Richard Ekins of the University of Oxford.

The Graduate Program in Political and Legal Thought (PLT) is a 12-month collaborative degree that allows students to specialize in social, political, and legal theory. The only course of study of its kind in Canada, the PLT Program builds on the close connections that exist at Queen’s between the Departments of Philosophy and Political Studies and the Faculty of Law.

Learn More about the Political and Legal Thought Program.