Music of champions: How CBC and NBC Olympic themes shape our differences 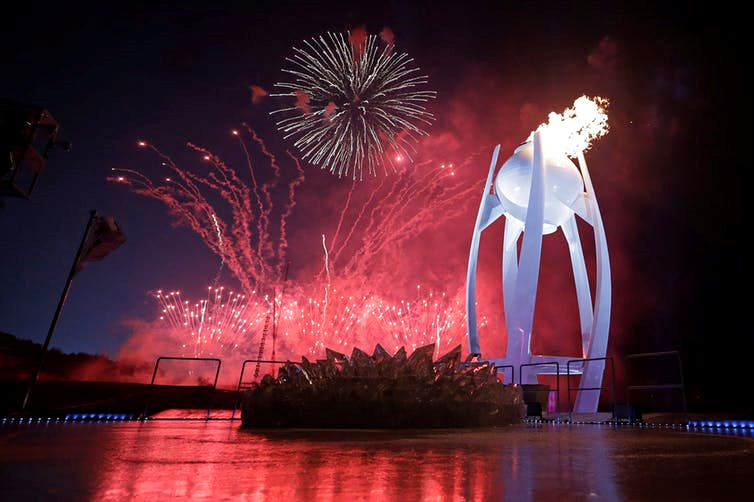 Fireworks explode behind the Olympic flame during the opening ceremony of the 2018 Winter Olympics in Pyeongchang, South Korea, (AP Photo/David J. Phillip,Pool)

What role does music play at the Olympics?

Audiences are usually aware of the moods music can evoke during emotionally heightened moments, like national anthems at medal ceremonies. Yet we rarely consider the Olympic theme music used by major media networks as something that helps to frame sports coverage.

It’s the theme music that fills our ears before and after commercials and quietly accompanies their intimate athlete profiles. That theme music can actually have an impact on the way we view sports.

I compared the music of NBC and CBC — the official Olympic networks in the United States and Canada — to explore what might be revealed in the differences of the cultures of sounds between the two countries. (Read More)