Living with joy in a tragic world 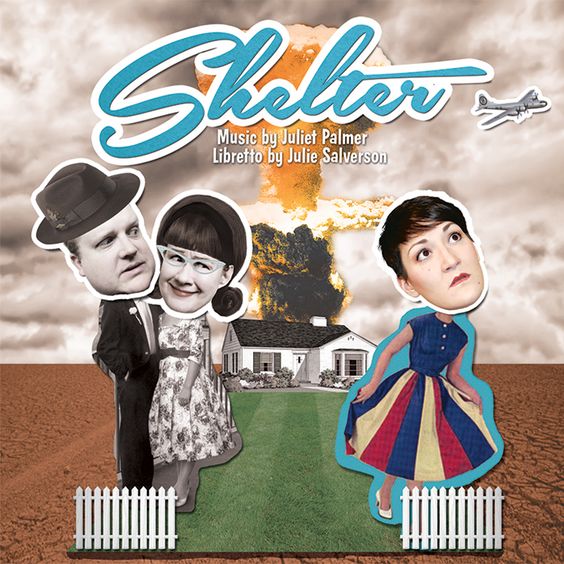 Julie Salverson has always been attracted to catastrophic events.

This interest in catastrophe, coupled with her passion for music, has led her to pen Shelter – an opera about a nuclear family that goes adrift – which opened this week in Toronto.

“Writer Joseph Campbell says to ‘follow your bliss,’ and while most people go after love or fulfillment, I’m drawn to tragedy and the fault lines in the psyche of a culture, the secrets that fester in families, leak quietly into communities and eventually – sometimes – explode. Such is the story of Shelter – a tale of living with joy in a tragic world,” says Dr. Salverson, an associate professor in the Department of Drama.

Accompanying the opera are free events before each performance that allow the audience to participate in discussions related to topics in Shelter.

“The symposium allows the opera to speak more explicitly and asks people to consider the times we live in by asking questions such as: what’s the role of science, how do we keep our families and our communities safe, how do we become good citizens?” says Dr. Salverson. “It’s also a chance for the audience to become more directly involved in the discussions surrounding the opera.”

Shelter is Dr. Salverson’s first full length opera. In 2002, she entered the Tapestry New Opera’s composer and librettist laboratory where she met composer Juliet Palmer, who was just as interested as Dr. Salverson in the idea of catastrophe.

Dr. Salverson and Ms. Palmer researched atomic bombs intensively and ended up writing Over the Japanese Sea – a 15-minute opera piece for the opening of Tapestry’s new studio theatre that focuses heavily on the effects of an atomic bomb.

“The response to Over the Japanese Sea was very encouraging,” says Dr. Salverson. “Instead of sitting back immobilized by the idea of the bomb, audience members chatted about their connections to the atomic story: a cousin who was an engineer, a neighbour who worked in a physics lab.”

The audience’s engaging reaction to the atomic story was exactly what Dr. Salverson and Ms. Palmer were looking for and they began creating and rehearsing for Shelter.