Designed to enrich teaching and research at the university, the Queen’s National Scholars (QNS) program has been bringing outstanding, early-career academics to Queen’s since 1985.

This year, five new faculty members will arrive on campus as Queen’s National Scholars, in fields of study from Precision Molecular Medicine, to African American Gender History, to Computational Neuroeconomics.

“The QNS program is an important initiative supporting our faculty renewal efforts, with a particular focus on newly-developing fields of knowledge,” says Teri Shearer, Deputy Provost (Academic Operations and Inclusion), who co-chairs the QNS advisory committee. “The program is also an excellent opportunity to reinforce the university’s commitment to diversity and inclusion through its recruitment efforts.”

The 2018 Queen’s National Scholars are: 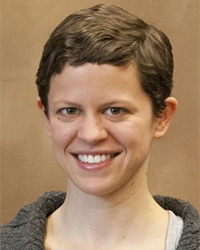 Dr. Prouse’s research focuses on critical urban post-colonial geographies in South America; her work inhabits an exciting space that combines critical economic geography methodologies to explore issues around economic uncertainty, feminism, and racism. Dr. Prouse has a well-established teaching portfolio and is capable of developing and delivering new and interesting topics to students. She was awarded her PhD in 2017 from the University of British Columbia and, most recently, held a SSHRC Postdoctoral Fellowship at the University of Toronto.

Dr. Capicciotti’s research focuses on identification and chemo-enzymatic synthesis of molecules (glycoconjugates: protein- and lipid-bound carbohydrates) that are crucial to a vast array of cellular recognition processes impacting human health and disease. The methodologies she has already developed, and those she plans to advance at Queen’s, are highly pertinent to the fields of disease biomarker discovery and modern biologic pharmaceutical design, both of which are primary goals of personalized medicine. She arrives at Queen’s from the University of Georgia. 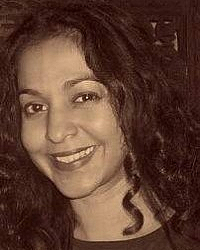 Dr. Haidarali’s research is broadly concerned with race, gender, and representation in the study of African American women in 20th-century U.S. history. She engages the feminist politics of beauty to examine how mass-media representations and women’s self-styling efforts reflected one strand of civil rights activism that developed throughout the interwar decades. Dr. Haidarali’s work focuses on the rise of a beauty ideal that was defined by women’s brown complexions; she queries how and why an ideal of brown-skin beauty accrued heightened cultural currency during the era of African America’s mass modernization. She arrives from the University of Essex in England. 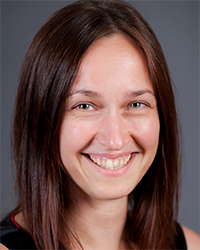 Dr. Tusche’s area of research interest is computational neuroscience with a focus on social cognition and decision-making. Her work seeks to disentangle computations that are generic to decision‐making, specialized for social cognition, and their interaction. The ultimate goal of this research is to develop a neurally‐informed cognitive model of social decision‐making that enables targeted, process‐specific modulations to foster prosocial, healthy, and sustainable behaviours. Her research uses a highly-interdisciplinary approach that utilizes insights and methodological tools of psychology, behavioral economics, neuroscience (with a focus on functional magnetic resonance imaging, fMRI), and computational modeling (machine learning techniques, drift diffusion modeling). Dr. Tusche arrives at Queen’s from the California Institute of Technology. 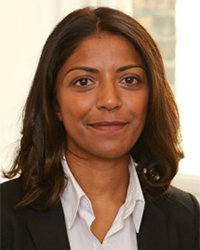 Dr. Vasanthakumar’s research bridges law, philosophy, and politics. It is both theoretical and planted in the real world of lived experience and policy compromise. Her research focuses on migrants and migrant communities, exploring broader contexts of community membership, citizenship, allegiance, and transitional justice from the perspective of postcolonial states and migrant and other marginalized communities. Her most recent project seeks to understand the rights and duties of diaspora communities: in relation to each other, to compatriots remaining in their countries of origin, to victims and perpetrators of atrocities, and to their adopted countries. She arrives at Queen’s from King’s College London in England.

The program provides $100,000 annually for five years for each QNS and is intended to attract outstanding early and mid-career researchers to Queen’s.

Principal Daniel Woolf has identified faculty renewal as a high priority for reinvestment by the university in support of the academic mission. The five-year renewal plan will see 200 new faculty hired, which nearly doubles the hiring pace of the past six years and will result in approximately 10 net new hires per year.

Faculty renewal supports Queen’s commitment to diversity and inclusion by giving the university the opportunity to proactively seek representation from equity-seeking groups such as women, people with disabilities, Indigenous Peoples, and racialized individuals. Faculty renewal also facilitates the building of Queen’s current areas of research strength, as well as developing newly-identified emerging research priorities.  The program directly supports the objectives outlined in the Academic Plan, the Strategic Research Plan, and various other institutional planning documents.

Read the original announcement in the Queen’s Gazette.