Awarding a commitment to outreach 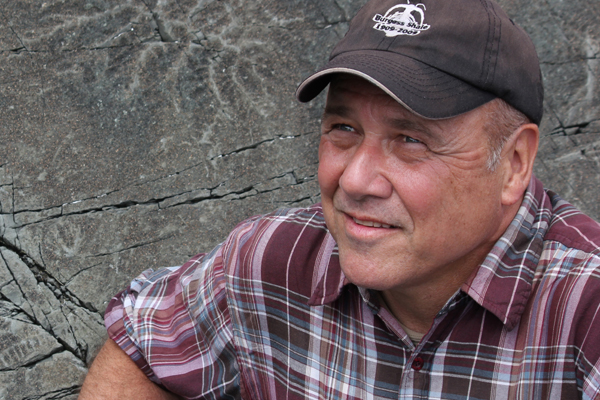 In recognition of his research and public outreach, Queen’s paleontologist Guy Narbonne (Geological Sciences and Geological Engineering) has received the E.R.Ward Neale Medal from the Geological Association of Canada.

“I feel tremendously honoured to be recognized by the Association with this award,” says Dr. Narbonne. “Just as the research isn’t done until you’ve written the publication, the research also isn’t done until you’ve told all the stakeholders what they got out of it. We went from almost no one having ever heard of Mistaken Point, to paleontologists around the world knowing about it, to designation as a UNESCO World Heritage Site and a stamp issued by Canada Post to celebrate this UNESCO designation. This shows the kind of level of recognition that we’re getting by conducting rigorous research, sharing it with the public and showing why it matters.”

Over the course of his more than 30-year career, Dr. Narbonne has dedicated his efforts to both high-impact research and sharing his findings with the public. His research has been profiled in a number of television documentaries – including BBC’s Snowball Earth, a documentary series on the geology of Canada in The Nature of Things narrated by David Suzuki, and First Life narrated by Sir David Attenborough. Dr. Narbonne also played a leading role in Mistaken Point receiving World Heritage Site designation by United Nations Educational, Scientific and Cultural Organization (UNESCO).

“Dr. Narbonne’s research has made a tremendous impact on our understanding of early life on Earth, and his outreach efforts have brought the geological sciences into the mainstream Canadian consciousness,” says John Fisher, Interim Vice-Principal (Research). “I wish Dr. Narbonne my sincere congratulations for this well-deserved national recognition.”

Mistaken Point shows “when life got big,” and provides a fossil record of the appearance of large multicellular creatures 570 million years ago after nearly three billion years of microbial evolution. Volcanic eruptions 580 million years ago preserved surfaces covered with the fossils of the thousands of the soft-bodied creatures that were covered by beds of volcanic ash on the deep sea floor.

When Dr. Narbonne began his work at Mistaken Point in 1998, none of its abundant fossils had been formally named. It took nearly 12 years of research to bring the scientific understanding of the site up to the level necessary for UNESCO to consider naming Mistaken Point a World Heritage Site.

During this time, Dr. Narbonne produced over 30 scientific papers on Mistaken Point and related fossils – several of which were published in high-profile journals such as Science and Nature. Dr. Narbonne credits many factors for the success of the Mistaken Point project, including the ability to take a long-term approach to his research, and the support of the Queen’s Research Chair.

“There probably would not be a UNESCO World Heritage site at Mistaken Point without the QRC,” says Dr. Narbonne. “I’m deeply grateful to those who set up the program and am grateful for them selecting me. An awful lot of great things came out of their investment and their faith in me.”

Dr. Narbonne will formally receive the medal at the GAC-MAC annual conference, taking place May 15-17 in Kingston, Ontario.

The Neale Medal, named after Canadian geoscientist E.R. Ward Neale, is awarded annually to a researcher in recognition of sustained outstanding efforts in sharing earth science with Canadians – including through public lectures, media, and other forms of public outreach.

The original story ran in the Queen’s Gazette.