An ambassador of Canadian science 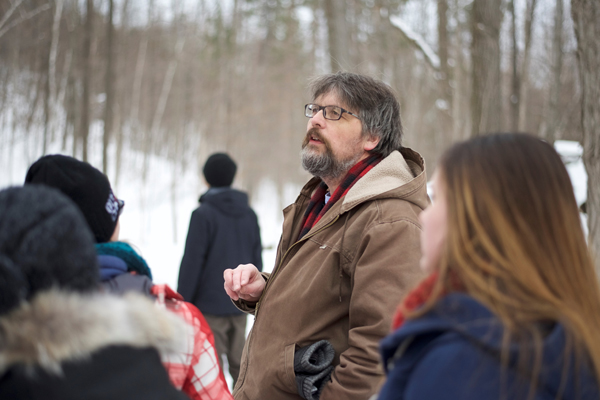 Stephen Lougheed (Biology) has received the Science Ambassador Award from Partners in Research (PIR). The award recognizes an outstanding Canadian researcher for their body of work over a period of time, their contributions to the field of science, and their promotion of this research to the Canadian public.

“I really like the challenge of articulating what we do in our lab or in the field for a general audience” said Dr. Lougheed. “Moreover, making publically-funded university research accessible and intelligible is incredibly important.”

Dr. Lougheed’s research has made significant contributions to our understanding of how historical climate change, shifts in vegetation, mountain uplift and fluctuating sea levels during the Pliocene and Pleistocene epochs (from 5.3 million to 11,700 years ago) affected the diversification of species in North and Latin America. He has authored more than 100 refereed journal articles and book contributions, and his work on biogeography and evolutionary genetics have been cited more than 3500 times. In December 2016, Dr. Lougheed and his northern and university collaborators received a $9.2 million grant for a project combining leading-edge genomics and Indigenous traditional ecological knowledge (TEK) to develop a non-invasive means of tracking polar bear responses to environmental change.

Read the original news release in the Queen’s Gazette.