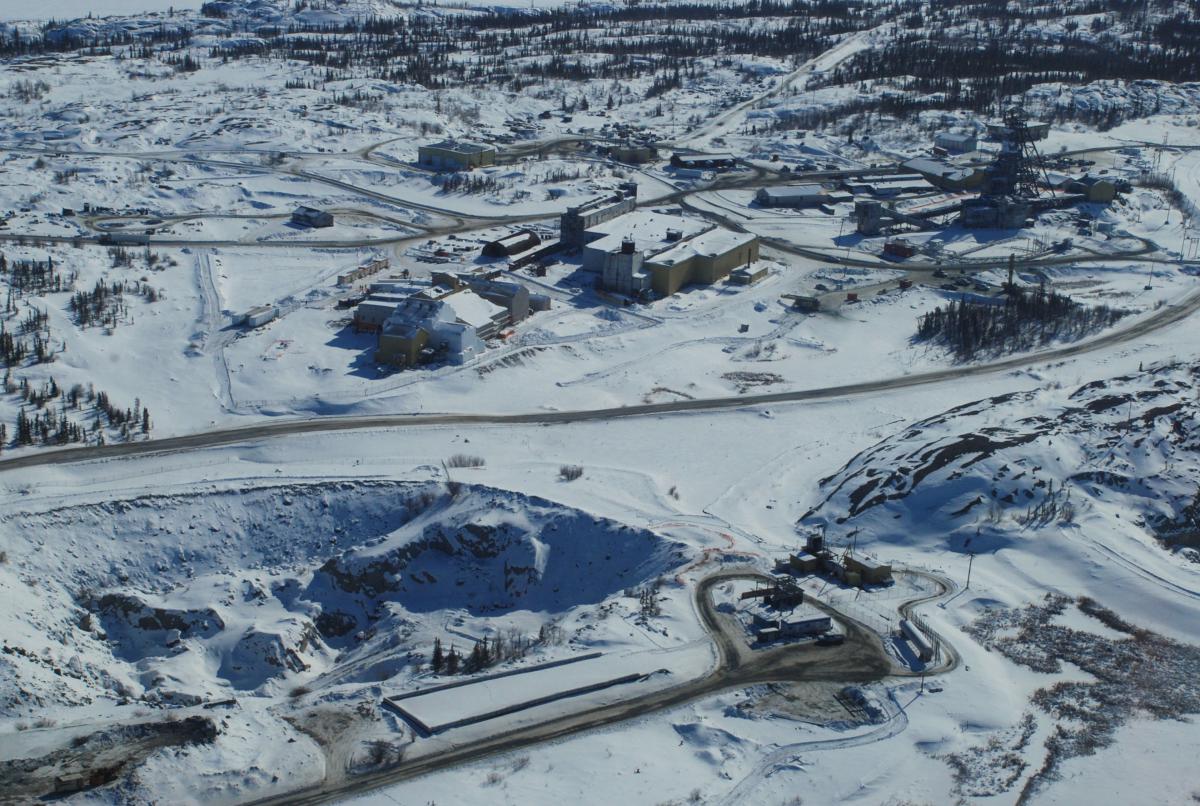 A lake ecosystem was severely affected by past arsenic contamination from a gold mine near Yellowknife, according to a new collaborative study undertaken by Queen’s University researcher John Smol and his colleagues at the University of Ottawa, Joshua Thienpont and Jules Blais.

More than 20,000 tonnes of toxic arsenic trioxide were released from Giant Mine’s roaster stack over several decades as a result of extracting gold from arsenopyrite ore. Giant Mine produced more than seven million ounces of gold between 1948 and 2004.

“While it was known the mine had released enormous quantities of arsenic and other contaminants, the ecological effects were poorly documented,” says Dr. Smol, the Canada Research Chair in Environmental Change. “Given the lack of direct long-term monitoring data, we used lake sediment analyses to show striking ecological changes that we could link to past mining activities.”

The team of researchers relied on a paleoenvironmental approach, where they extracted core samples of lake sediments to show how contamination in the lake increased after the mine began operations, and how the lake’s ecosystem responded to that contamination.

“Our results show that arsenic contamination increased by more than 1,700 per cent when the mine was fully active in the 1960s,” says Dr. Blais, who directed the research effort. “Other elements, including lead, antimony, and mercury, were also responsible for the toxicity of these roaster emissions from Giant Mine.”

The researchers are now trying to understand why the ecosystem has not yet recovered more than 10 years after Giant Mine closed.

“We tend to think of most northern regions as relatively pristine, but I have worked in many industrialized areas, and I have never seen such striking biological changes,” Dr. Smol says. “These results were a real eye-opener on the toxic effects of past mining practices.”

Read the research published in Proceedings of the Royal Society B.
Read the original story in the Queen’s Gazette.