A royal honour for research 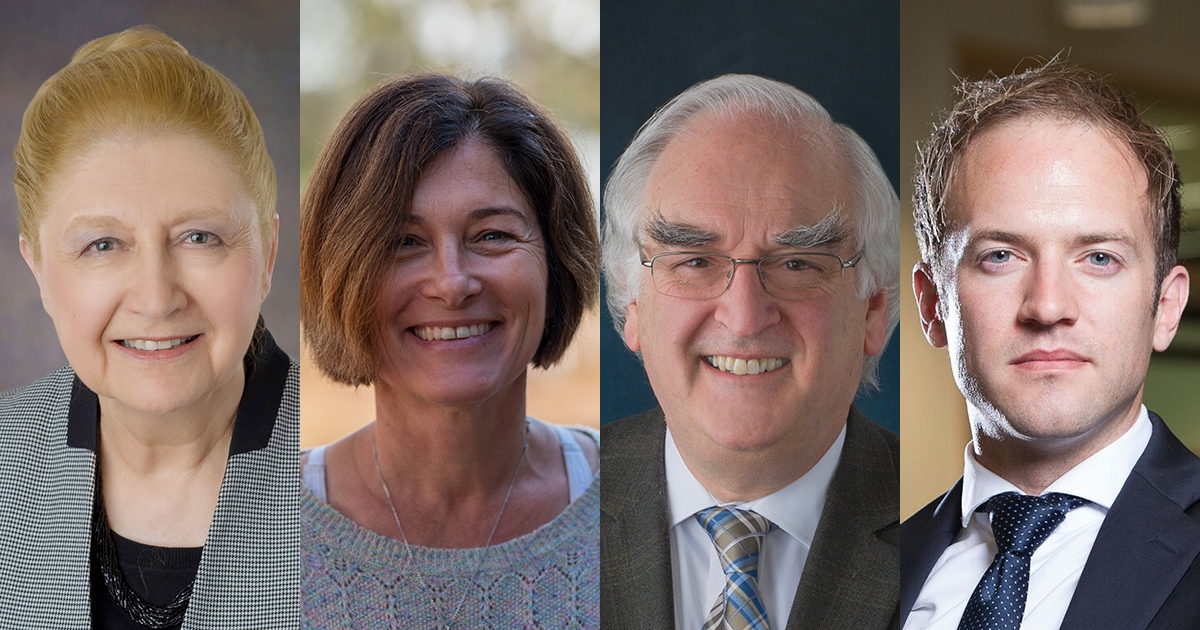 Queen’s University researchers Rosa Bruno-Jofré, Margaret Moore, and Kim Nossal have been elected as fellows of the Royal Society of Canada, while Grégoire Webber was named a member of the College of New Scholars, Artists, and Scientists.

Four Queen’s University researchers have been elected to the Royal Society of Canada, the most prestigious academic society in Canada. Rosa Bruno-Jofré, Margaret Moore, and Kim Nossal were elected to the Fellowship of the academy, while Grégoire Webber was named a member of the College of New Scholars, Artists, and Scientists.

The group offers a diverse range of research interests including foreign and defence policy, the history of education, territorial rights, and human rights.

The Fellowship of the Royal Society of Canada comprises over 2,000 Canadian scholars, artists, and scientists, peer-elected as the best in their field. These are distinguished men and women from all branches of learning who have made contributions in the arts, the humanities and the sciences, as well as in Canadian public life.

The College of New Scholars, Artists and Scientists is Canada’s first national system of multidisciplinary recognition for the emerging generation of Canadian intellectual leadership.

“Congratulations to the four researchers recognized as members of this esteemed group of Canada’s most influential academics,” says Patrick Deane, Principal and Vice-Chancellor, Queen’s University. “This honour reflects their outstanding leadership in the field of research and the significant contributions they have made to the academy.”

The four Queen’s scholars are:

Rosa Bruno-Jofré (Education) is internationally acclaimed for her research into the history of education, the development of large interdisciplinary projects, and her futuristic view of outreach. She has contributed innovative approaches to the study of Catholic history.

Margaret Moore (Political Studies) is one of the world’s leading authorities in the field of territorial rights. She has developed a comprehensive and systematic theory of territory dealing with some of the most pressing issues faced in national and international politics: how to draw state boundaries, secession, resource rights, rights to migrate and rights of national defense.

Grégoire Webber (Law) has worked for the Privy Council Office, served as Legal Affairs Advisor to the Minister of Justice and Attorney General of Canada, and received a Meritorious Service Medal from the Governor General for founding the Supreme Court Advocacy Institute.