With Word and Image: Notman and the Photographically Illustrated Book

The Scottish-born William Notman (1826-1891) immigrated to Montreal in 1856 and opened his photographic studio later that year. The studio was eventually taken over by his sons and remained in operation in the city until 1935. Notman was Canada’s first internationally recognized photographer and was renowned for his portraits, landscapes, cityscapes, and composite photos. 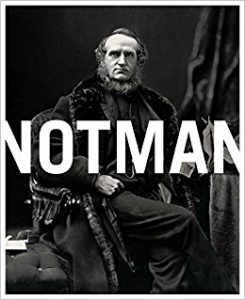 In the illustrated book Notman: A Visionary Photographer (Hélène Samson, Suzanne Sauvage) my chapter entitled With Word and Image: Notman and the Photographically Illustrated Book describes an often overlooked aspect of Notman’s career: his albumen prints that appeared as illustrations in books and periodicals between the early 1860s and the late 1870s. Notman’s photographically illustrated books warrant attention as artistic and literary expressions of prevailing political, intellectual, and historical concerns of the period, and by contributing to an “imaginative geography” of Canada by helping 19th century viewers to situate themselves in time and space and to visualize collective identity at national and imperial scales. (Read More)