What does it mean to be spiritual? 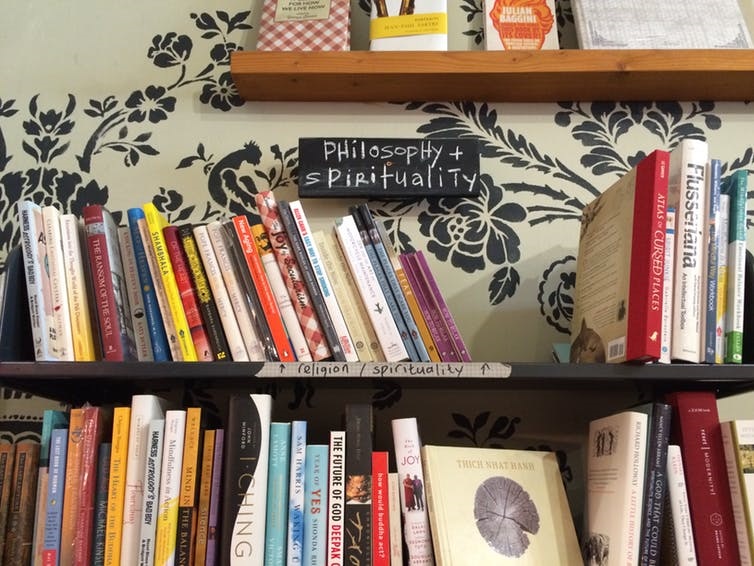 Spirituality has become a kind of buzzword in today’s culture, especially for the millennial generation. Increasingly, North Americans identify as spiritual as opposed to religious.

What is behind the rising popularity of spirituality without religion? Some critics have suggested it is a byproduct of the self-obsessed culture of today, evidence of a narcissism epidemic. This criticism is similar to that launched at the millennial generation (born between 1980-2000) in general, what some scholars have called “Generation Me.”

Although I don’t disagree with these characterizations, I believe there is more to the story. Since 2015 I have conducted in-depth research with Canadian millennials, interviewing 33 Canadian millennials who self-identify as spiritual but not religious — in order to better understand their beliefs and practices.

I believe when people call themselves spiritual they are basically signaling three things: first, that they believe there is more to the world than meets the eye, that is to say, more than the mere material. Second, that they try to attend to their inner life — to their mental and emotional states — in the hopes of gaining a certain kind of self-knowledge. Third, that they value the following virtues: being compassionate, empathetic and open-hearted.

Questions about meaning and value in the world

The origins of the word “spirituality,” in the context of Christian theology, lie in the Latin noun spiritualitas, which derived from the Greek noun pneuma, meaning spirit. Interestingly, “spirit” in its original context was not the opposite of the “physical” or “material,” but of “flesh,” or everything that is not of God. Therefore a “spiritual person,” in its original Christian sense, was simply a person within whom the Spirit of God dwelt.

Despite this, among the millennials I’ve interviewed, “spirituality” is generally contrasted with “materiality.” It therefore gestures towards that which we require to live, but which we cannot perceive or measure.

Religion, many conventionally think, attends to the field of human experience that concerns our most fundamental questions — questions of meaning, purpose and value. But since the Enlightenment, many individuals in North Atlantic countries have developed a self-understanding of themselves as secular, or modern.

For many, religion does not seem like a viable option. It seems outdated, or at odds with a scientific understanding of the world (or, at least parts of it do). Yet, despite this shift, questions of meaning, purpose and value remain.

Moreover, for many of my study participants, science is incapable of adequately answering some of life’s most crucial questions: What is beauty? How should I relate to the natural world? To whom (or what) should I commit my life? Why be just? What is justice?

Although science can provide answers to these questions, the answers rarely inspire my participants as they would like them to. And for many, science’s answers simply don’t suffice to help them live their lives as they experience them.

So when people speak of spirituality they are generally invoking some framework of meaning that enables them to make sense of that which, for them, science fails to address.

This is why atheists, agnostics and believers can all — and often do — identify as spiritual. One need not believe in God in order to have questions that scientific materialism cannot answer.

The second aspect of spirituality involves a move inward, or an attention to one’s inner life, often as a means of honouring the immaterial dimensions of life. Most of my study participants think contemporary Western culture is far too outward focused, glorifying material success and procurement at the expense of the things that really matter.

They would agree with the famous cultural critic Erich Fromm, who in the 1970s argued modern societies emphasize having things as opposed to just being. Spirituality stresses the importance of attuning to our inner life — both as a way of resisting the constant pressure our culture exerts to value what lies outside of us, as well as a means of finding a place of refuge.

This is one reason why, for instance, environmentalists have often endorsed spirituality. One of the major causes of climate change and environmental destruction, these environmentalists argue, is the never-ending quest for economic growth, fuelled by a capitalist logic of acquisition and expansion.

The Dalai Lama once quipped, while the West was busy exploring outer space, the East was busy exploring inner space. Regardless of the veracity of this generalization, he was getting at something that many of my study participants feel: that contemporary societies in the western world are structured in such a way that silence and stillness are the exception, not the rule.

When millennials say they are seeking to become more spiritual, they are often saying that they are trying to resist this trend.

For many millennials looking inward is an ethical endeavour. Being spiritual to them implies seeking to better understand one’s inner life in order to act more wisely in the world. For many, becoming more contemplative or aware of their inner life allows them to interact with others in a way that is less reactive, less harmful and more authentic to who they think themselves to be.

Thus, there are certain virtues which have come to be associated with spirituality: compassion, empathy and open-heartedness. These virtues naturally flow out of the introspection inherent to spirituality because they ultimately require a high level of self-knowledge. That is, knowledge of why we hold the beliefs we do, knowledge of why we act in certain ways, and most importantly, knowledge of our interdependence.

This knowledge — acquired either through practices like meditation, self-reflection and (in some cases) psychotherapy — leads one to become more sensitive to the emotions of others, and even to one’s surrounding environments, both social and natural.

Thus the path inward, in its best form, is not rooted in narcissism but rather based in a robust ethicality — a willingness to face one’s demons in order to better understand the human condition.

For some, this path inward is ultimately about self-transformation, or transcending one’s early childhood programming and achieving a certain kind of self-mastery. For others, it entails attuning themselves to the immaterial dimensions of life.

The framework I’ve sketched above doesn’t exhaust the full range of meanings the term spirituality invokes. Nor am I suggesting that all individuals who fit the above description are necessarily spiritual. I only mean to propose that these three characteristics cover a lot of what millennials mean when they call themselves spiritual.

What I’ve outlined should not lead readers to think that all millennials who call themselves spiritual live these ethical ideals. Our ability to realize our ethical ideals depends not only our own willingness, but also the social and economic constraints that we live within.

As the number of people who identify as “spiritual” continues to climb, it is likely that spirituality will come to shape North American societies in important and enduring ways.