What are They Now Saying About Christ Groups and Associations? 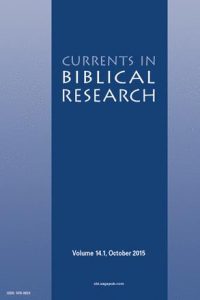 Over the past decade and a half a considerable number of scholarly books and articles have addressed directly the relationship between associations and early Christ groups. Some, albeit not all, of the Pauline communities have been subjected to thorough investigation, while preliminary studies have been undertaken with the Gospels, Acts, and other early Christian writings. The majority of scholarly works leave little doubt regarding the relevance of the associations for understanding the organizational and ideological predilections of the early Christ groups. In their structure and organization Christ groups look and sound like associations. Thus, it no longer makes sense to construe the investigation, as has so often been the case in past scholarship, as focusing on three separate and distinct categories such as “synagogues, churches, and associations.” A review of the data available and the trends in recent scholarship is suggestive for new and fruitful avenues of exploration that dismantle such falsely constructed categorical boundaries. (Read More)

Department of Classics School of Religion