Ultrasound imaging of the posterior skull for neurosurgical registration 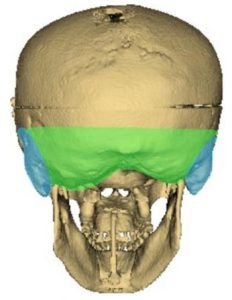 METHODS: Participants were scanned using a linear and a curvilinear ultrasound probe. Scans were taken at the maximum and minimum frequency of each probe. Ultrasound scans captured the region around each mastoid process, the external occipital protuberance, and the occipital base of the skull. Scans were recorded using the Sequences extension in 3D Slicer and replayed for visual analysis.