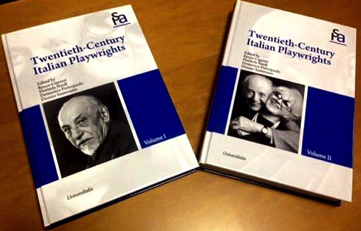 These volumes are meant to serve as an introduction to the lives, works and poetics of Italy’s major playwrights of the 20th century. The choices were made mainly on the historical relevance of the playwrights who were also chosen for their international status. The entries are in chronological order based on the birth date of the playwright instead of the usual alphabetical order, because the main intent of this endeavor is to revisit the history of 20th century Italian theatre by interconnecting the lives and works of the playwrights chosen. The entries have been written by scholars and theatre practitioners to give a well-rounded idea of the Italian playwrights. (Read More)