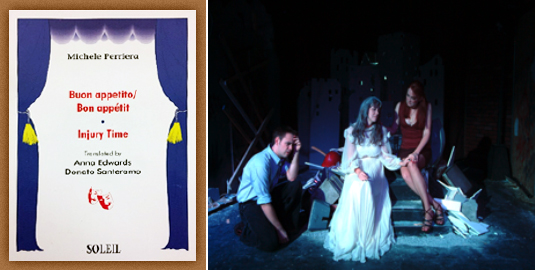 This is a translation (with co-translator Anna Edwards) of the work by Michele Perriera.

Novelist, playwright, theatre director, and essayist Michele Perriera, is one of the most significant Italian authors of the 20th century. He was one of the founding members of the new Italian avant-garde: Gruppo ’63 (Group ’63), named for the year they first met, 1963. He was a truly experimental playwright and is still considered today an important reference for the contemporary Avant-garde theatre.