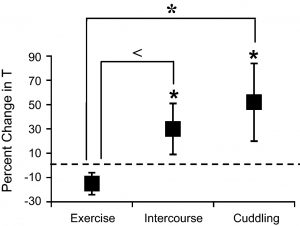 Hormones, and hormone responses to social contexts, are the proximate mechanisms of evolutionary pathways to pair bonds and other social bonds. Testosterone (T) is implicated in tradeoffs relevant to pair bonding, and oxytocin (OT) and arginine vasopressin (AVP) are positively tied to social bonding in a variety of species. Here, we present the Steroid/Peptide Theory of Social Bonds (S/P Theory), which integrates T and peptides to provide a model, set of predictions, and classification system for social behavioral contexts related to social bonds. The S/P Theory also resolves several paradoxes apparent in the literature on social bonds and hormones: the Offspring Defense Paradox, Aggression Paradox, and Intimacy Paradox. In the S/P Theory, we partition aggression into antagonistic and protective aggression, which both increase T but exert distinct effects on AVP and thus social bonds. Similarly, we partition intimacy into sexual and nurturant intimacy, both of which increase OT and facilitate social bonds, but exert distinct effects on T. We describe the utility of the S/P Theory for classifying ‘tricky’ behavioral contexts on the basis of their hormonal responses using partner cuddling, a behavior which is assumed to be nurturant but increases T, as a test case of the S/P Theory. The S/P Theory provides a comparative basis for conceptualizing and testing evolved hormonal pathways to pair bonds with attention to species, context, and gender/sex specificities and convergences. (Read More)