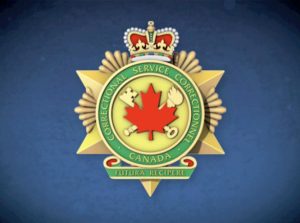 Using a longer follow-up period and a broader definition of recidivism (i.e., readmission to custody for any reason, including technical violations of their release conditions without a new offense), Belcourt, Nouwens, and Lefebvre (1993) found that 22% of a sample of first time Canadian female offenders serving sentences of more than 2 years violated their release conditions or reoffended. Thus, recidivism among female offenders is a significant problem. The utility of risk assessment instruments that have been developed for male offenders, for female offenders, is currently unclear. The General Statistical Information on Recidivism Scale (GSIR; Nuffield, 1982), widely used in Canada with male offenders, has been successfully revalidated on men with an overall correlation of .42 with recidivism (Bonta, Harman, Hann, & Cormier, 1996). However, it does not fare as well in predicting recidivism for female offenders. It yields lower correlations (r = .25) and an irregular pattern; that is, the Good Risk Category yielded the highest rates of recidivism (Bonta et al., 1995; Hann & Harman, 1989).

The Psychopathy Checklist–Revised (PCL-R; Hare, 1991), which demonstrates good predictive validity in male offenders (r = .33 with recidivism; Hare, 1996), has also been applied to female offenders in the United States and Canada and has met with mixed results (Loucks, 1995; Neary, 1990; Vitale, Smith, Brinkley & Newman, 2002). The Level of Service Inventory–Revised (LSI-R; Andrews & Bonta, 1995), however, has been demonstrated to predict recidivism in a group of Canadian female offenders who were serving sentences of less than 2 years (r = .51; Coulson, Ilacqua, Nutbrown, Giulekas, & Cudjoe, 1996; r = .54; Rettinger, 1998). Using a version scored from file, it has also been predictively validated in a retrospective study on Canadian female offenders serving sentences of over 2 years (McConnell, 1996). Because a self-report version of the LSI-R has been shown to be effective in predicting recidivism for some groups of female offenders, it was decided to test its usefulness on a sample of women who were serving sentences of over 2 years. These women would be more serious offenders than those previously studied. It was hypothesized, therefore, that the LSI-R would continue to be useful in the prediction of their recidivism, although the absolute scores would be higher.

The Childhood and Adolescent Taxon Scale (CAT) is a measure that has been shown to be correlated with the LSI in a sample of female offenders, when both instruments were scored solely from file review (McConnell, 1996). The CAT is designed to tap into the characteristics of early onset, persistent, male offenders and includes items pertaining to school maladjustment and adolescent antisocial behavior (Quinsey et al., 2006). The CAT has been found to be useful in predicting recidivism in male offenders (Quinsey et al., 2006). It was hypothesized that a self-report version of the CAT would also prove useful in the prediction of recidivism, especially violent recidivism, among female offenders. Read more: http://journals.sagepub.com/doi/pdf/10.1177/0093854807300097