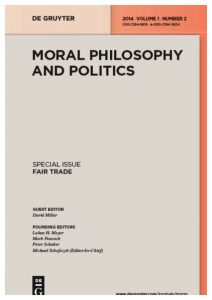 This paper was published in the peer-reviewed journal Moral Philosophy and Politics. Volume 5, Issue 1.