The “Boomerang Effect” of Kin-state Activism: Cross-border Ties and the Securitization of Kin Minorities 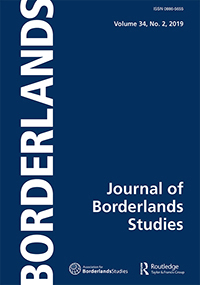 The kin-state phenomenon is often understood as unifying and inclusive: states reach out beyond their borders to engage with co-ethnics living abroad, thus maintaining historic “national” ties, and fostering connections and contacts. But kin-state activism may also be dangerous and conflictual, when a kin-state’s transborder projects anger neighboring governments, leading to the securitization of kin minorities and the destabilizing of inter-ethnic and regional relations.

Moreover, certain types of kin-state behavior may divide the very communities that it seeks to unite. In post-communist East-Central Europe, Hungary and Russia have been pursuing kin-state activism since the early 1990s, using a range of tools and strategies. In recent years, the actions of both kin-states have had a “boomerang effect,” producing unexpected outcomes for kin minorities and for the kin-state itself. Drawing on evidence from the two cases, this paper explores how kin-state activism can backfire and trigger a securitization of cross-border relations. (Read More)