Soot-filled rivers mark the need for a national wildfire strategy 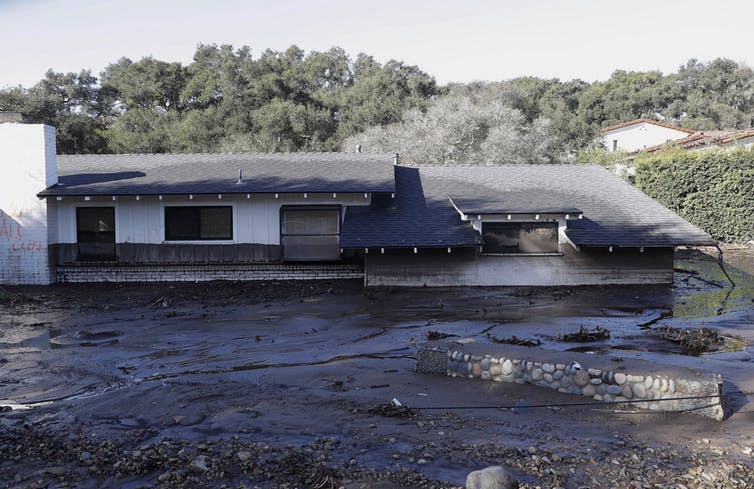 During the record-breaking 2018 fire season, the typically clear waters of Cameron Falls in Waterton Lakes National Park in southern Alberta flowed black. But it had nothing to do with the extensive fires that torched much of British Columbia and a small part of Waterton.

The carbon came from the remnants of another wildfire that had raced 26 kilometres — from one end of the park to the other — in less than eight hours the year before. Heavy rain from a violent thunderstorm in July 2018 flushed the ash, soot and blackened debris that lay on the forest floor into the Cameron River.

Waterton officials, concerned about the impact of the fire on drinking water and the river’s aquatic species, brought in University of Alberta forest hydrologist Uldis Silins to monitor water quality in the park over the coming years.

I was fortunate to spend some time in the field with Silins in Waterton and in the Castle Crown Wilderness, where the water quality has still not fully recovered from the 2003 Lost Creek fire in Alberta’s Crowsnest Pass.

What I learned from those trips and from several others that I recently made to fire-scarred watersheds in British Columbia, Alberta, California, Montana and elsewhere is that wildfire’s impact on water quality is just as sobering as its impact on public safety, air quality and the forest industry.

What we don’t know — and what we’re not prepared for — is frightening and underscores yet again the need for a multi-disciplinary national wildfire strategy that involves the federal government, the provinces and municipalities, universities, First Nations and the business community.

Fire often removes a lot of trees in a watershed. The soils in these denuded landscapes can bake in the hot, drought conditions that sometimes follow a fire as it did in Colorado in 2002 following the Hayman Fire, one of the biggest to burn in the state up until that time. Some spring-fed streams stop flowing, and the soils can become impenetrable to water.

Fire can vaporize chemicals in the trees and drive them into the soil. As they condense, they form an impervious layer just below the surface. Hydrophobic is the word that geologists use to describe such soils.

Without trees, vegetation and a stable soil structure to absorb the heavy rains that may follow a fire, tonnes of ash, debris, heavy metals, sediments and nutrients are flushed through the watershed.

Periodic flushes of this wildfire-generated material can overwhelm fish and aquatic life. It took a decade for the world-class South Platte trout fishery to recover from the effects of the 2002 Hayman fire in Colorado. It may be happening now to some salmon spawning streams in B.C.

That’s what happened in Fort McMurray following the 2016 Horse River fire. The town has spent more than $2.5 million dredging its raw and untreated water storage reservoirs to decrease the risks associated with post-fire algal blooms that are more likely after severe wildfire.

According to Monica Emelko, a University of Waterloo engineer who works with Silins on various fire-related research projects, including one related to Fort McMurray, these blooms have the potential to lead to service disruptions, especially if they produce toxins.

It could have been a lot worse.

In the past 16 years, fires have denuded the landscapes around the watersheds serving Denver and Fort Collins, in Colorado, and Canberra and Melbourne, in Australia.

The 300,000 people living in Fort Collins were prohibited from drawing on their traditional water supply for more than three months. Denver spent US$26 million hiring 60 scientists and planting 175,000 trees to deal with its water problem. Canberra was forced to build a new water treatment plant.

This should be a wake-up call for the federal government, the provinces and municipalities, which are responsible for the quality of the water in national and provincial parks, towns and cities and on First Nations reserves.

Most of the country depends on water that is stored and filtered in forests. Some provinces, such as British Columbia, draw as much as 80 per cent of their water from forested watersheds. In many places, the quality of that water is already being degraded by drought, pollution, climate change, agriculture and urban development.

Groundwater may be keeping the surface water cool and clean in places where burned watersheds are now more exposed to the warming effects of the sun, such as in Lost Creek and, hopefully, in Waterton National Park. But we don’t know how long this may last, because we have not adequately mapped out, evaluated and diligently protected our underground aquifers. Instead, we’re selling groundwater at rock bottom prices to companies like Nestle.

Wildfire isn’t all bad for watersheds. It can add food to nutrient-deprived rivers and lakes, and transport the sediments that salmon and trout need to build their nests.

But the prospects of more fires burning bigger and more often is bound to further degrade water flowing in and out of our forests. Investing in water treatment facilities and training people to run them, as the federal government promises to in First Nations communities, is only part of the answer.

It’s time to connect the dots. There are 25 major watersheds in Canada. We know little about their flow, the fish and aquatic life that dwell in them because there is, as the World Wildlife Fund recently pointed out in a comprehensive report, no centralized or systematic method in place to monitor them.

What we do know about highly stressed rivers is that they are losing water too fast. The rivers in the South Saskatchewan watershed, for example, won’t have enough water in them by 2030 to supply the needs for more than half of the communities in the region without significant conservation measures. We are increasingly seeing the threat of serious water shortages in many other parts of the country.

How bad could it get?

Sometime soon, we’re going to have another severe, cross-country drought like the one that started in 1999 and ended in 2004. I described the impacts in a report for the Munk School of Global Affairs and Public Policy.

At the height of the drought, thirty-two massive dust storms swept across the prairies. Forest fires ignited at five times the ten-year average. Thousands of prairie ponds (or sloughs as they are called in the west) dried up, and tens of thousands of waterfowl were unable to find suitable wetlands in which to nest.

During the summer of 2001, irrigation districts in southern Alberta were literally put on rations. On average, they were allocated only 60 per cent of the water they traditionally received.

The 2001 and 2002 droughts dried up virtually every part of the country. Vancouver recorded its second-lowest amount of rainfall and snowfall since its earliest days of record-keeping in 1900, and Canada’s west coast hit a 101-year low. Atlantic Canada had its third-driest summer ever.

For the first time in a quarter century, farmers across Canada reported negative or zero net-farm incomes. Over 41,000 jobs were lost. The GDP took a $5.8 billion hit.

David Phillips, Canada’s most famous climatologist, described the drought as “un-Canadian,” because the weather that produced it was almost tropical.

When another drought like that settles in, there will be less water in our watersheds, more mountain pine beetle killed trees to burn and quite possibly more intense fires because there will be higher temperatures brought on by climate change.

The Natural Sciences and Engineering Research Council (NSERC) recently recognized the challenges that lay ahead when it announced funding for the “forWater Network,” which connects 24 researchers and nine universities across Canada to focus on technologies that will enhance water protections. What NSERC has not done thus far is make wildfire science a research priority.

There is a road map to the future that is slowly working its way through the bureaucratic process in the federal government. While it is short on details, the blueprint makes the business case for investing more in wildfire science.

The take-home message for the decision makers who will consider it, if it climbs far enough up the ladder, is that we are not prepared for the future of wildfire in this country. Unless something significant is done soon, we will see more evacuations, more denuded watersheds and more rivers running black.

Edward Struzik is the author of Firestorm, How Wildfire Will Shape Our Future