Sexuality and Social Justice in Africa 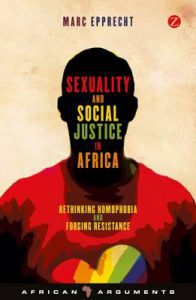 The persecution of people in Africa on the basis of their assumed or perceived homosexual orientation has received considerable coverage in the popular media in recent years. Gay-bashing by political and religious figures in Zimbabwe and Gambia; draconian new laws against lesbians and gays and their supporters in Malawi, Nigeria and Uganda; and the imprisonment and extortion of gay men in Senegal and Cameroon have all rightly sparked international condemnation. However, much of the analysis has been highly critical of African leadership and culture without considering local nuances, historical factors and external influences that are contributing to the problem. Such commentary also overlooks grounds for optimism in the struggle for sexual rights and justice in Africa, not just for sexual minorities but for the majority population as well.

Based on pioneering research on the history of homosexualities and engagement with current lgbti and HIV/AIDS activism, I provide a sympathetic overview of the issues at play and a hopeful outlook on the potential of sexual rights for all. (Read More)