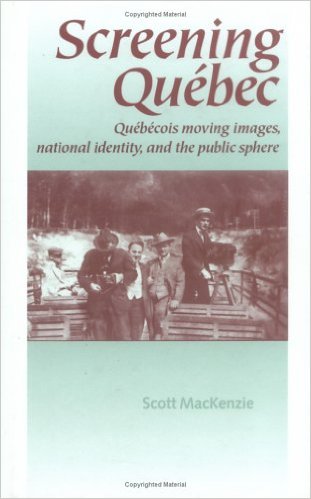 ‘Screening Québec’ explores the connections between Québécois moving images, national identity and the role played by film, television and video practices in the construction and perpetuation of alternative public spheres in Québécois culture. Beginning with the work of Québécois silent film pioneer Léo-Ernest Ouimet, MacKenzie goes on to explore the influential Pathé’s presence in Québec. He then looks at such elements as the first French language features in Canada, cinéma direct, the video activism of Challenge for Change/Société nouvelle and the ‘post-referendum’ cinema of Denys Arcand and Robert Lepage.