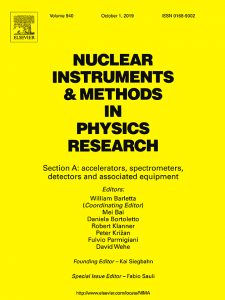 The SNO+ physics programme will include measurements of low energy solar neutrino fluxes and a search for neutrinoless double beta decay using neodymium [2]. Sensitivity to both requires precise energy and position reconstruction, for which an accurate characterization of the scintillator timing is needed. The scintillator decay time can be used to discriminate between alpha and electron events which occur in the scintillator, helping to exclude backgrounds and further improve sensitivity.

The focus of this paper is the measurement of the timing profile of liquid scintillator that will be used in the SNO+ experiment, namely linear alkylbenzene with 2 g/L 2,5-diphenyloxazole (PPO). Linear alkylbenzene was chosen because of its high flash point, low toxicity and acrylic compatibility. PPO will be added to the LAB at a concentration of 2 g/L as the primary fluor, emitting scintillation light across a wavelength region in which the SNO+ photomultiplier tubes are most efficient.

Measurements of scintillator decay times for electron and alpha excitations were made for oxygenated and deoxygenated samples of LAB with 2 g/L PPO. These measurements were made using the single photon sampling technique [3]. This method has been used to derive the decay times of many common liquid scintillators, including pseudocumene [4] and other solvents [5]. This paper will briefly discuss the theory of the single photon counting method and the experimental apparatus used in this work. Finally, results for each configuration of LAB will be presented and conclusions drawn. (Read More)