Rockefeller, Carnegie, and Canada American Philanthropy and the Arts and Letters in Canada 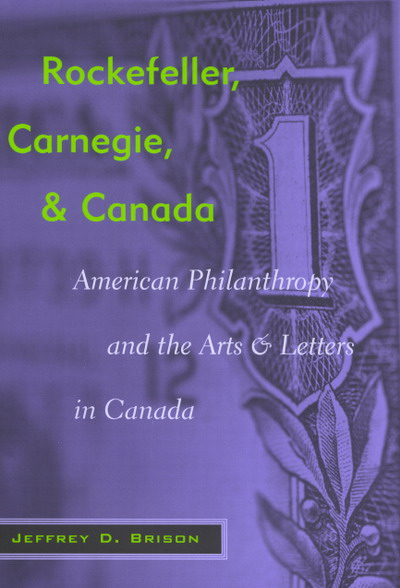 This project is about situating American philanthropy within Canadian cultural and intellectual development, in the pre-Canada Council era.

In the first half of the 20th century, the Rockefeller Foundation and the Carnegie Corporation helped to create and maintain a cultural and intellectual infrastructure in Canada that benefited key institutions such as University of Toronto, McGill University, the National Gallery of Canada, the Humanities Research Council of Canada, and the Canadian Social Science Research Council.

In this book, I document how American philanthropy facilitated the transformation from a private, localized system of cultural, intellectual, and academic patronage to a complex, nation-based system of incorporated patronage – a system in which the major patron was the federal state. My study calls into question our essentialistic notions of contrasting national identities and the now-mythologized juxtaposition of an American culture fueled by the free market, with a Canadian one sustained by state support. (Read More)