This article is republished from the Toronto Star. 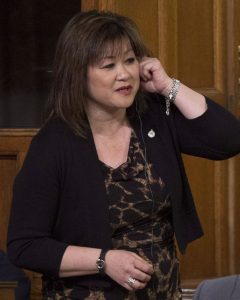 The federal election campaign has already bestowed us with a number of unique visuals: the Angry Conservative, the guy in the bathrobe, the Harpers at a Blue Jays game. More mundane are the shots at rallies and speeches. At most, party leaders are surrounded by a collection of supporters that invariably includes a woman, a young person, a person of colour. This is no accident. It is a strategic and visible placement of diversity that is replicated in candidate nominations.

So far, we have heard quite a bit about the selection of women and Indigenous candidates, but comparatively little about visible minority candidates. This is surprising given parties’ efforts to appeal to visible minority voters and Canada’s increasing racial diversity.

Although many of these all-white contests are in rural ridings with small visible minority populations, many are not. In Scarborough-Guildwood, for example, visible minorities make up 68 per cent of the population, but the candidates for the three competitive parties are all white (although, notably, the Conservative candidate is a Dutch immigrant). In Ajax, Chris Alexander, the Minister of Immigration and Citizenship, is running against two other white competitors.

In a democracy, parties are free to choose the candidates whom they want to represent them. But freedom of choice isn’t the only democratic ideal to which we should aspire. Much has been made of parties’ “courting of the ethnic vote,” but visible minorities can contribute more than just an X on a ballot. If parties were serious about diversity, they would nominate more visible minority candidates, and they would nominate them in greater numbers outside of what the Conservatives have described as the “very ethnic ridings.” Doing so would broaden the electoral talent pool and also more accurately reflect that visible minority MPs can capably represent both a broad range of issues and a diverse cross-section of voters.