On Pain of Death: The ‘Grotesque Sovereignty’ of the US Death Penalty 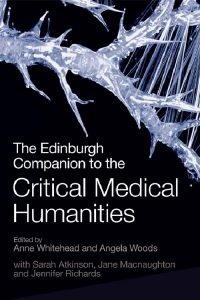 The United States is the only Western democratic nation to practice capital punishment in the 21st century. Lethal injection was introduced in the late 1970s as a more palatable alternative to evidently brutal methods of execution such as electrocution, hanging, and firing squads. Today, executions are staged as a quasi-medical procedure in which the inmate/patient is put to sleep and put to death on a gurney, hooked up to an IV machine, sometimes with the direct participation of medical professionals such as anesthesiologists. Medical knowledge and authority is both invoked to justify the practice of lethal injection and also strictly limited in its capacity to critique, or even to optimize, this practice. In the Supreme Court case, Baze v Rees (2008), prisoners on Kentucky’s death row called for the use of medical technology and expertise to minimize pain during execution. The court denied their request, but in response to a dissenting opinion, many states introduced manual “consciousness checks” which function as both a both biopolitical ritual of care and a necropolitical ritual of social death. Following Foucault, this chapter analyses the current practice of lethal injection in the US as a form of ‘grotesque sovereignty’ or Ubu-esque power. (Read More)