We are part of a collaborative effort supported by an NSERC Discovery Frontiers grant involving that aims to to create affordable, alkaline fuel cells for the production of energy; develop new technologies for hydrogen-based energy storage; and transform glycerol into value-added chemicals that will make biodiesel production cheaper and greener. While alkaline fuel cells have been used for a long time (for instance, these fuel cells were used in the Apollo missions), this research program is is focused on developing nickel materials that will be used in new alkaline fuel cell technologies that will assist Canada in transitioning to the hydrogen economy.

Our efforts in this area are focused on using quantum chemical calculations, particularly density functional theory and tight-binding density functional theory, to develop a better understanding of the electrochemical properties of nanoclusters composed of Ni-based materials and to study the features of polymer membranes used in alkaline fuel cells. 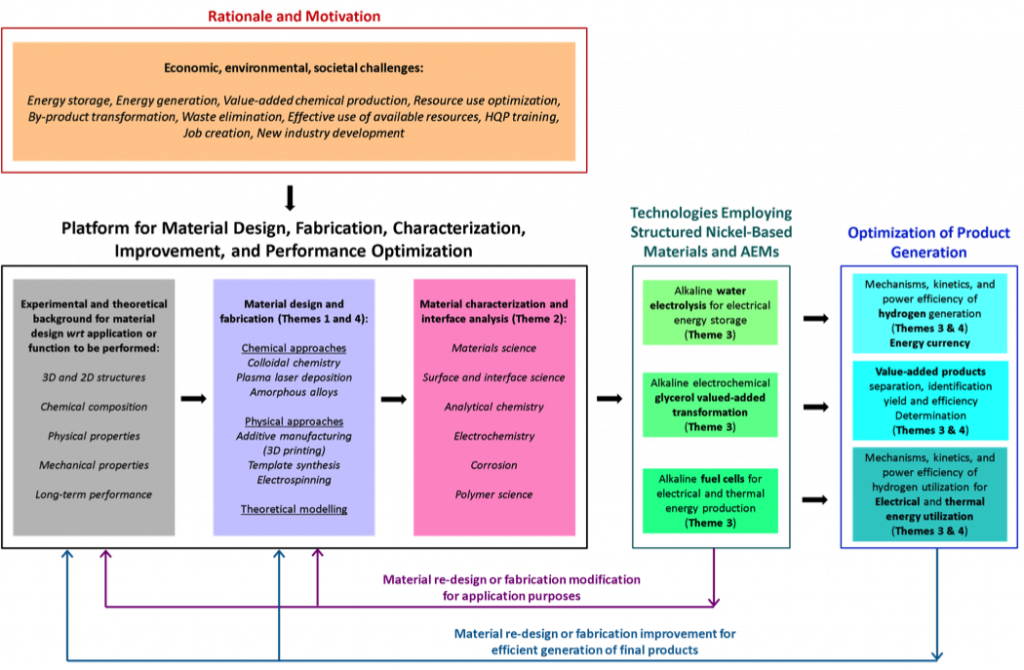