Moult in the Loggerhead Shrike Lanius ludovicianus is influenced by sex, latitude and migration 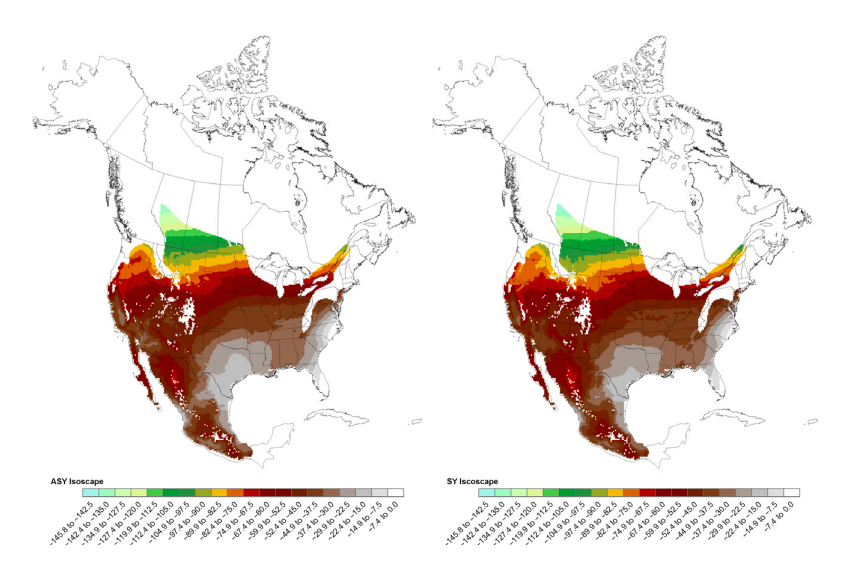 We investigated moult strategies in Loggerhead Shrikes by examining first prebasic or preformative moult patterns and by assessing the general location where individual feathers were grown using stable hydrogen isotope (δ2H) analysis. We tested the relative importance of factors known to impact moult timing and pattern, including age, sex, body size, food availability, and migration. Migratory Shrikes showed evidence of suspended moult, in which feathers are moulted on both the breeding and the non‐breeding grounds with a suspension of moult during migration. Extent of moult was best explained by sex, longitude, migratory behaviour, and breeding‐ground latitude. Male Hatch Year (HY) Shrikes replaced more feathers on the breeding grounds prior to migration than did HY females and moulted more extensively on the breeding grounds than did females. Non‐migratory HY Shrikes underwent a more extensive preformative moult than migratory HY Shrikes. Individuals in more southerly migratory populations moulted more extensively on the breeding grounds than did those breeding further north. Our data also indicate that individuals in the northeastern populations moulted more extensively on the breeding grounds than did those in the north and southwest. Our study underlines the complex structure and variation in moult possible within species, revealing surprising levels of differentiation between sexes and age cohorts, linked to environmental factors on the breeding grounds. Our study also highlights the utility of an intrinsic marker, specifically δ2H analysis, to test hypotheses regarding the evolutionary and ecological forces driving moult. Although the methodology has not commonly been applied to this area of research, our results indicate that it can provide unprecedented insight into inter‐ and intra‐specific adaptive response to constraints, whereby individuals maximize fitness. (Read More)