Interactions of chiral molecules at surfaces 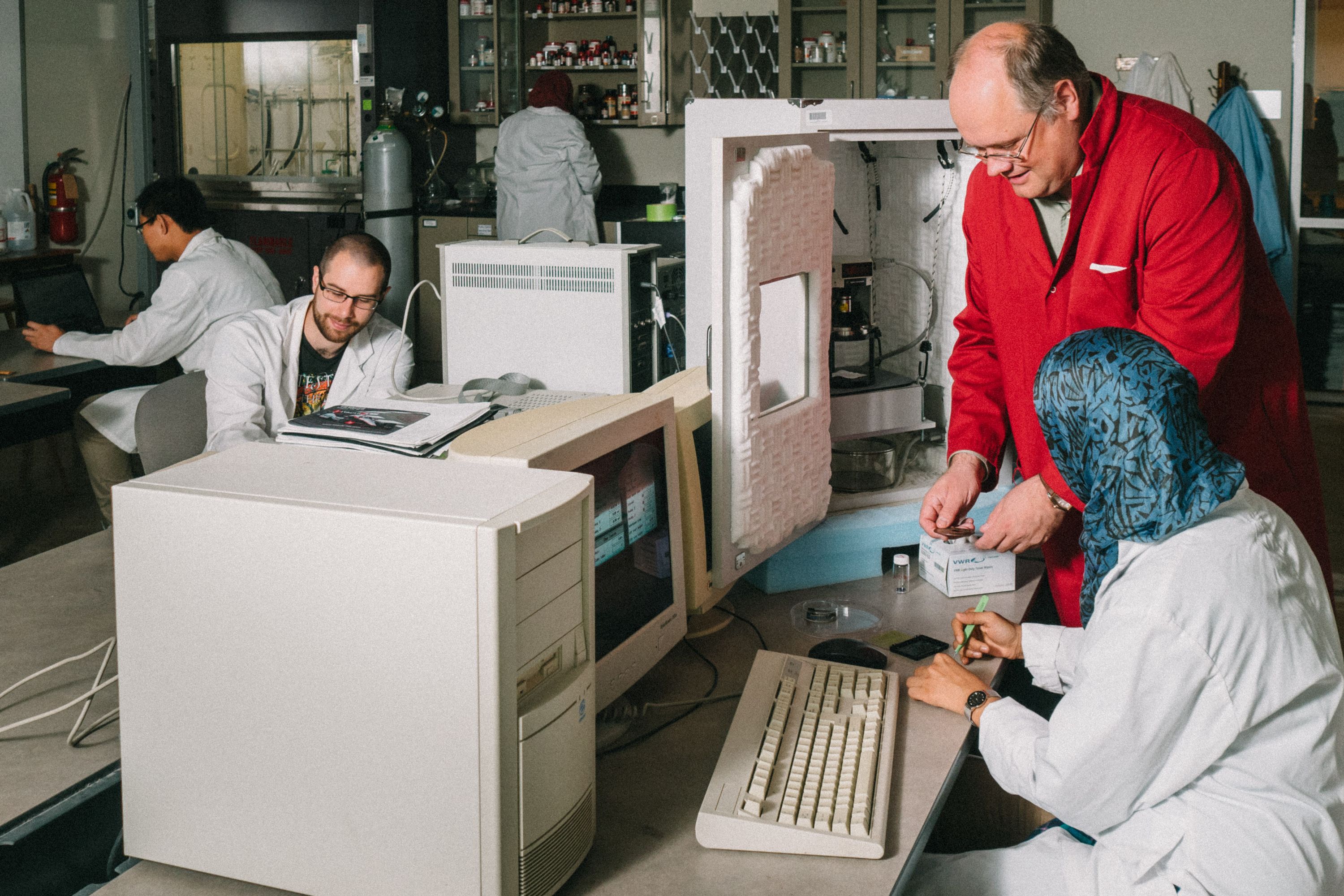 Chiral molecules are those which come in two forms that are mirror images of one another. They are all around us: in particular, our bodies are made up of chiral molecules: amino acids (a constituent of protein), sugars and DNA are all chiral. While a pair of chiral molecules have the same physical properties (melting point, density, etc.) and are hence hard to separate, then can have dramatically different effects when they react with biochemical systems. For example, a very simple molecule, carvone, comes in two mirror image forms, R and S. The S form smells of caraway and the R form of spearmint. Finding new ways to separate and detect chiral molecules is becoming increasingly important, driven to a large extent by the needs of the pharmaceutical industry to develop new drugs, many of which are chiral.

In our lab, we use atomic force microscopy (AFM) to directly measure the interaction forces between pairs of chiral molecules: one attached to a tiny pyramid mounted on a silicon cantilever (the “tip”) and the other to a flat substrate (the “surface”). As we bring the tip close to the surface we can measure the force needed to pull the two apart, and hence directly measure the attraction between the two molecules. We use this to model and predict what molecules might work best in a real-life system which is used to separate chiral molecules: the chiral stationary phase. This is a form of column chromatography where silica particles are coated with a chiral selector molecule. As the R/S mixture of the molecule to be separated flows through the column, one version binds more readily to the selector, resulting in separation. By using our experiments to decide which properties of the selector lead to the strongest attraction of the target molecule, we can predict how to design a better chiral stationary phase.