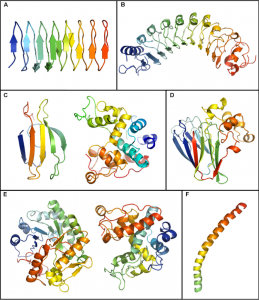 Sub-zero temperatures put plants at risk of damage associated with the formation of ice crystals in the apoplast. Some freeze-tolerant plants mitigate this risk by expressing ice-binding proteins (IBPs), that adsorb to ice crystals and modify their growth. IBPs are found across several biological kingdoms, with their ice-binding activity and function uniquely suited to the lifestyle they have evolved to protect, be it in fishes, insects or plants. While IBPs from freeze-avoidant species significantly depress the freezing point, plant IBPs typically have a reduced ability to lower the freezing temperature. Nevertheless, they have a superior ability to inhibit the recrystallization of formed ice. This latter activity prevents ice crystals from growing larger at temperatures close to melting. Attempts to engineer frost-hardy plants by the controlled transfer of IBPs from freeze-avoiding fish and insects have been largely unsuccessful. In contrast, the expression of recombinant IBP sequences from freeze-tolerant plants significantly reduced electrolyte leakage and enhanced freezing survival in freeze-sensitive plants. These promising results have spurred additional investigations into plant IBP localization and post-translational modifications, as well as a re-evaluation of IBPs as part of the anti-stress and anti-pathogen axis of freeze-tolerant plants. Here we present an overview of plant freezing stress and adaptation mechanisms and discuss the potential utility of IBPs for the generation of freeze-tolerant crops. (Read More)