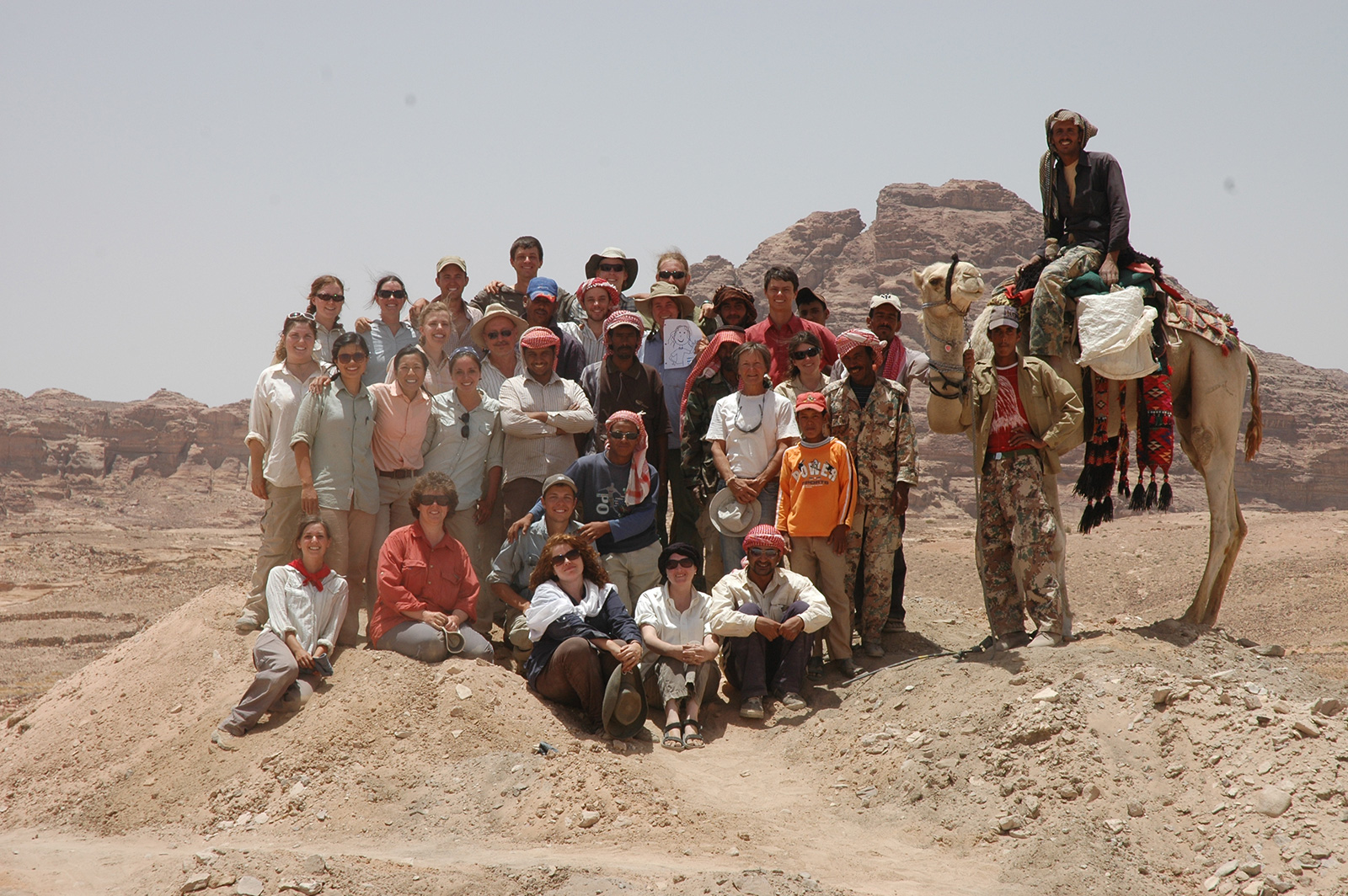 Located about 80km south of Petra in Jordan, Humayma is an area of ongoing archaeological research for Queen’s University researchers.

Dr. M. Barbara Reeves has been active at The Humayma Excavation Project site since 1995, and since 2008 she has been the project director. In this role, she has led numerous excavations and surveys involving Queen’s students and alumni. Students, alumni and specialists have also been working on the analysis of the significant amount of data collected from the site, which includes ceramic building materials, coins, pottery, glass, animal bones and seashells.

The cultural history of Humayma includes a Nabataean town, a Roman fort and vicus, a complex watering system, numerous churches, and an early Islamic qasr and mosque. The site also contains hundreds of rock cut graffiti (pictorial and textual) spanning thousands of years.

This small site in the Hisma desert in southern Jordan has been a focus of archeological discovery for many decades now. Although it still has discoveries waiting to be made, for now Dr. Reeves and her colleagues are focusing their efforts on the collation and understanding of the collected data, in order the prepare what they have found for publication.