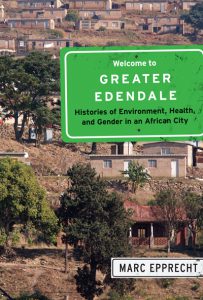 Heterosexual Africa? The History of an Idea from the Age of Exploration to the Age of AIDS builds from my previous book, Hungochani (which focuses explicitly on same-sex desire in southern Africa), to explore the historical processes by which a singular, heterosexual identity for Africa was constructed—by anthropologists, ethnopsychologists, colonial officials, African elites, and most recently, health care workers seeking to address the HIV/AIDS pandemic. This is an eloquently written, accessible book, based on a rich and diverse range of sources, that will find enthusiastic audiences in classrooms and in the general public.

I argue that Africans, just like people all over the world, have always had a range of sexualities and sexual identities. Over the course of the last two centuries, however, African societies south of the Sahara have come to be viewed as singularly heterosexual. I carefully traces the many routes by which this singularity, this heteronormativity, became a dominant culture. In telling a fascinating story that will surely generate lively debate, I make this project speak to a range of literatures—queer theory, the new imperial history, African social history, queer and women’s studies, and biomedical literature on the HIV/AIDS pandemic. I strive to do this with a light enough hand that this story is not bogged down by endless references to particular debates.

Heterosexual Africa? aims to understand an enduring stereotype about Africa and Africans. It asks how Africa came to be defined as a “homosexual-free zone” during the colonial era, and how this idea not only survived the transition to independence but flourished under conditions of globalization and early panicky responses to HIV/AIDS. (Read More)