Harnessing the hijab: the emergence of the Muslim Female Footballer through international sport governance 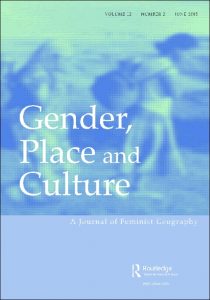 The Federation Internationale de Football Association (FIFA), the International Olympic Committee (IOC), and other international sport governing bodies have recently been involved in contestations concerning the allowance of the hijab in sport. This article interrogates how these institutions participate in the regulation of Muslim women, and the relationship that these actions have with colonial and imperial constitutions of race. Drawing on critical race feminist theorizing, this article argues that the regulation of women who wear the hijab is a technology of power that frames these sport governance bodies as benevolent actors operating within the ‘best interests’ of female footballers. This hijab that has become a cause of concern in sport is hegemonically understood through Western colonialisms and racial grammars that have historically constituted the figure of ‘The Muslim Woman’ as in need of protection. The recent contestations represent a new moment in a global field, however, as notions of ‘freedom’ and ‘equal rights’ are being invoked to now allow the hijab, albeit under conditions that insidiously reinscribe white patriarchal authority. (Read More)