Films on Ice: Cinemas of the Arctic 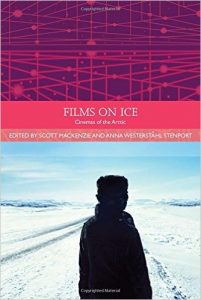 The first book to address the vast diversity of Northern circumpolar cinemas from a transnational perspective, Films on Ice: Cinemas of the Arctic presents the region as one of great and previously overlooked cinematic diversity. With chapters on polar explorer films, silent cinema, documentaries, ethnographic and indigenous film, gender and ecology, as well as Hollywood and the USSR’s uses and abuses of the Arctic, this book provides a groundbreaking account of Arctic cinemas from 1898 to the present. Challenging dominant notions of the region in popular and political culture, it demonstrates how moving images (cinema, television, video, and digital media) have been central to the very definition of the Arctic since the end of the nineteenth century. Bringing together an international array of European, Russian, Nordic, and North American scholars, Films on Ice radically alters stereotypical views of the Arctic region, and therefore of film history itself.

‘Gathering leading scholars across the three continents meeting in the Arctic, MacKenzie and Stenport open up the utopian, dystopian and heterotopian dimensions of Arctic film, a shimmering, crystalline view not only on the contest over the meanings of polar space, but onto the possibilities for reconceptualising world cinema.’ – Sean Cubitt, Professor of Film and Television, Goldsmiths, University of London