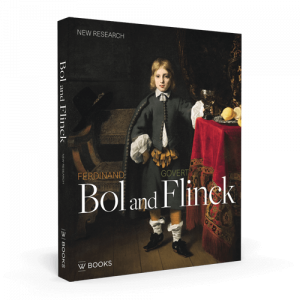 This book presents sixteen essays exploring the work of Ferdinand Bol and Govert Flinck. Authors from six different countries come together to investigate form, content, and context from a variety of perspectives.

Of the many talented artists who worked with Rembrandt van Rijn in Amsterdam, none were more successful than Govert Flinck and Ferdinand Bol. Like Rembrandt, both trained elsewhere before making the audacious move to Amsterdam in the 1630s, a period of dynamic growth for the city that was fast becoming the cultural capital of northern Europe. In this volume of essays, art historians and conservation scientists present recent research that sheds new light on the activities of both Bol and Flinck: their painting techniques, patronage networks, intellectual milieu, and shifting critical fortunes. Several chapters explore their relationships with other artists: Lambert Jacobsz, Flinck’s teacher in Leeuwarden, Jürgen Ovens, who worked closely with Flinck in Amsterdam, and Cornelis Bisschop, who studied with Bol.

In their own way, Flinck and Bol each took the lessons learned from Rembrandt, developed their own styles, and garnered prestigious commissions and esteem. Based on a landmark international conference and produced to accompany the exhibition Ferdinand Bol and Govert Flinck: Rembrandt’s Master Pupils, this book brings new attention to two brilliant painters who began their careers in Amsterdam as Rembrandt’s acolytes and stayed to become his rivals.

Eric Jan Sluijter examines how changing patterns of patronage contributed to both artists’ stylistic evolution, Hilbert Lootsma traces the rise and fall of their critical fortunes from their own time until today, Ann Jensen Adams situates their work in the shifting market for portraiture, and Jasper Hillegers explores the origins of Flinck’s career in the Leeuwarden studio of Lambert Jacobsz.

Other authors present contextual and technical analyses of individual paintings. Portrait identities are revealed, painterly tricks are uncovered, and both artists are shown to be influential teachers and members of an intellectual community in which art and theatre were closely linked. The essays shed new light on the methods and motivations of two artists who began as Rembrandt’s acolytes but soon became his rivals. (Read More)