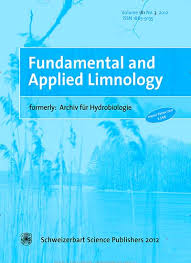 Sediment cores comprised of sediments deposited during the last 40-100 years were retrieved from two reservoirs in the recently populated Dry Zone of Sri Lanka. Both cores are initially dominated by littoral cladoceran taxa and undergo a pronounced change to the pelagic Bosminopsis dietersi, in the mid 1950s in Nuwarawewa reservoir, and in the early 1980s in Kalawewa reservoir.

The correlations between human population and the accumulation rates of cladoceran remains in the sediments are strong and significant. An increase in Cladocera production is consistent with agricultural development and human settlement. Government documents reveal that after the 1950s, the human population around Nuwarawewa increased exponentially, forest cover decreased exponentially and crop production increased as a result of a large-scale human resettlement program. This resettlement was facilitated by canal renovations that resulted in enhanced water flow to the reservoirs. Similar changes occurred around Kalawewa, but increases in the human population did not occur until 1965, and large changes in forest cover and agricultural production did not occur until 1975. Observed increases in pelagic Cladocera in both reservoirs, suggest increases in both water level and nutrients which are consistent with the timing of watershed modifications that would promote higher water levels and nutrients. (Read More)