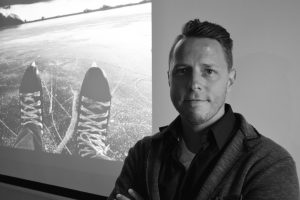 As the Calgary poet Richard Harrison has argued, hockey is a vehicle through which Canadians “make meaning out of winter” and thereby manufacture senses of belonging in the northern landscape (personal communication). Popular discourse celebrating hockey as “Canada’s game” functions to naturalize the Canadian nation state while valorizing those who participate in it (players, coaches, and spectators) as authentic inhabitants of the “True North” from which the game has supposedly sprung. As hockey becomes reified as a natural by-product of Canadian lands, purveyors of the game promote senses of ‘Native Canadian’ identity among those who play it, in the process obfuscating—or denying—differential senses of belonging among First Nations, Inuit, and Métis people who may or may not self-identify as “Canadian.” Complicating matters further, hockey was employed historically in residential schools and elsewhere as a tool of colonial social engineering designed to encourage Indigenous youth to shed connections with Indigenous cultural values and to self-identify as Canadian citizens. Yet despite the deployment of the game as what Michael Robidoux calls a “disciplining device” (Stickhandling through the Margins 13) designed to enforce prescriptive identity formations, the experiences of Indigenous youth playing the game in residential schools did not always—perhaps even regularly—align with the motivations of institutional overseers. At the celebrations for the delivery of the Indian Residential Schools Truth and Reconciliation Commission “Final Report,” Chairperson Chief Wilton Littlechild of the Maskawacis Cree Nation explained how playing hockey was imperative to his ability to endure the trauma of his residential school years, an experience corroborated by scores of survivors throughout the IRS TRC’s statement gathering process. For these and other reasons, hockey occupies an ambivalent space in relation to Indigenous sovereignty and ongoing settler colonialism in Canada. Hockey has been used as a tool of social engineering and has been accessed as a tool for liberation; it has been a way of denying Indigenous rights and of asserting them; it has been employed as a means of whitewashing Indigenous histories and as a means of embodying Indigenous persistence. This project makes use of interviews, documentary film, archival research, and various forms of creative expression not only to interrogate hockey’s role in naturalizing settler colonialism in lands claimed by Canada, but also to leverage the game’s popular cultural capital to provoke reflection on Indigenous sovereignty, settler complicity, and land redistribution.